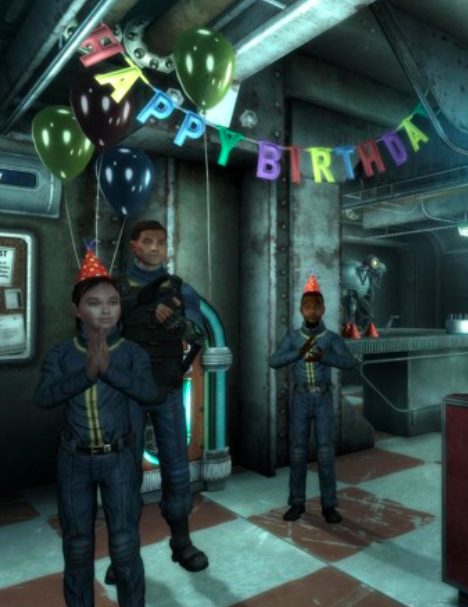 “This is our history, and just a handful of people are saving it.”

Virtual games are becoming cultural artifacts. Yes, they are commodities, (the global market for video games is forecast to hit $82 billion by 02017) but, beyond entertainment, they also facilitate complex exchanges between many members of society.  It would be impossible to provide an accurate record of much of our existing popular culture without archiving games.

Take the online world EA Land, formerly The Sims Online, for example.  The service was generating very little revenue, despite the re-branding, resulting in its sudden demise (a common phenomenon in the digital realm). Electronic Arts pulled the plug just weeks after its debut as EA Land — its designer became its destroyer. Amidst avatars exchanging hugs and tearful goodbyes, a virtual world winked out of existence with a whimper — a whimper that might have only been witnessed by the players had it not been for Stanford archival researcher Henry Lowood. He captured the virtual apocalypse presented in the 11-minute radio piece, “Game Over.” Roman Mars (now with 99% Invisible) originally produced this episode for Snap Judment along with Robert Ashley’s A Life Well Wasted (an Internet radio program about everything video games).

Preserving video games presents formidable challenges. These nebulous artifacts consist of platforms, operating systems and network communities. The digital content is interactive, which is just as defining as the code itself.  These challenges were the subject of Preserving Virtual Worlds (PVW), a two-year collaborative research venture geared towards preserving and exploring the history and cultural impact of interactive simulations and video games — saving video games for future generations (02008-02010). In addition to Henry Lowood of Stanford University, Rochester Institute of Technology, the University of Maryland, the University of Illinois at Urbana-Champaign and Linden Lab collaborated on the project.

PVW focused its investigation on a case set of eight different games, interactive fictions and virtual worlds. The case studies were selected from different time periods in gaming history, different platforms and different degrees of player involvement to maximize the potential problems that might prevent the games from being preserved in the long-term.  Based on their investigations into the games, they developed a set of requirements for game preservation.

Unlike a book in a library, computer games have very poorly defined boundaries that make it difficult to determine exactly what the object of preservation should be. Is it the source code for the program? The binary executable version of the program? Is it the executable program along with the operating system under which the program runs? Should the hardware on which the operating system runs be included? Ultimately, a computer game cannot be played without a complex and interconnected set of programs and hardware. Is the preservationist’s job maintaining a particular, operating combination of elements, or is to preserve the capability to produce an operating combination using existing software and hardware? Is it both? Once these questions of the boundaries of preservation have been addressed, there are a host of other difficulties presenting the would-be preservationist. What information, beyond the game itself, will we need to ensure continuing access to the game? How should librarians, archivists and preservationists go about organizing the bed of information needed to preserve a game? What strategy should we adopt to preserve software in a technological environment in which computing hardware and operating systems are undergoing constant and rapid evolution? Given the costs of preservation of normal library and archival materials, how can we possibly sustain the additional costs of preserving these complex and fragile technological artifacts?

Preserving Virtual Worlds 2 follows the initial report. PVW2 will focus on providing a set of best practices for preserving educational games and game franchises, such as Oregon Trail,  Carmen Sandiego and the Super Mario Brothers series.