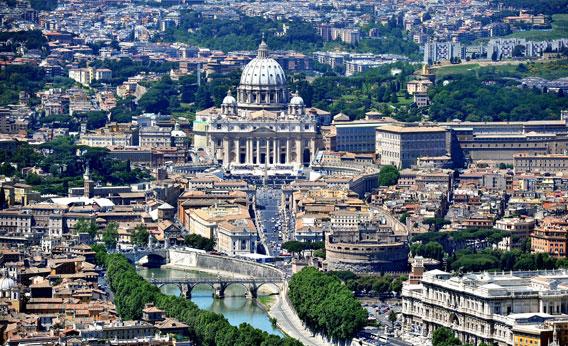 In a recent article on Slate, Long Now Board member Esther Dyson takes up the concept of Charter Cities – Paul Romer’s model for the creation of prospering, sustainable zones of urban life, about which he spoke at a 02009 SALT lecture. Dyson suggests that Romer’s business-model approach to the construction and functioning of urban centers could work not only for new cities, but for old ones as well.

Cities already behave a bit like corporations, she writes. With greater flexibility and open borders, cities can compete for “customers” in a way that countries cannot, and are more directly involved in the daily lives of citizens. Dyson argues that a little more market-style competition can compel existing metropolises to improve their infrastructure and resources as a way to attract potential citizens. This investment will pay off in the form of flourishing residents, who in turn will bring in additional resources and allow the city to prosper. On a larger scale, a prospering city will then compel its neighboring towns to improve their own functioning as well, to become better competitors on the market of citizens and resources.

In the end, it’s all about the long view: it’s about encouraging civilization to prosper as a whole. Cities are an appropriate unit of civilization to work with, Dyson writes, because they have shown more long-term stability than countries or empires:

“Most cities have grown, through evolution, from unpremeditated beginnings. Moreover, they rarely die. Cities (and their imperfections) persist in a way that large political entities, even those of which they are a part, do not. Compare, say, Athens, Jerusalem, Vienna, Beijing, Moscow, or Istanbul, to the Roman Empire, Austria-Hungary, the Ottoman Empire, Imperial Russia, the Third Reich, or the Soviet Union. And, as we are seeing worldwide nowadays, national governments are difficult to overturn and also difficult to (re)build. Democracy does not always lead to liberty or good outcomes. So, perhaps cities are the right place and have the right scale for massive social change.”