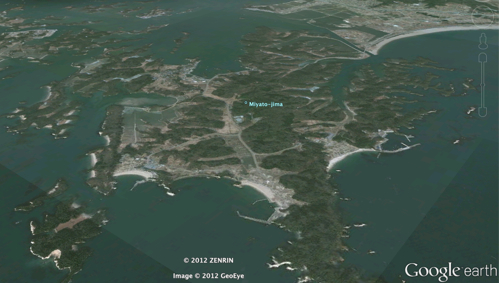 Sometimes technology fails – but luckily, collective memory can step in to lend a hand.

In a recent LA Times article, José Holguín-Veras writes about an old legend that saved a small island community in Japan from perishing in the tsunami that followed the earthquake of March 02011. The quake had toppled their tsunami warning system, but when villagers saw the approaching waters, a lesson passed down from their ancestors told them what to do.

“A millennium ago, the residents of Murohama, knowing they were going to be inundated, had sought safety on the village’s closest hill. But they had entered into a deadly trap. A second wave, which had reached the interior of the island through an inlet, was speeding over the rice paddies from the opposite direction. The waves collided at the hill and killed those who had taken refuge there. To signify their grief and to advise future generations, the survivors erected a shrine.”

1,000 years later, those descendants knew not to make the same mistake, and bypassed the hill in favor of higher ground a bit further away.

We’ve written before about ancient tsunami warning systems in Japan, as examples of long-term thinking that helped communities learn from lessons of the past. The work of these Japanese ancestors illustrates the value of preserving our collective knowledge for the good of the future – and reminds us that local culture itself can be a durable archive of wisdom.