“Living in the Homogenocene: The First 500 Years” 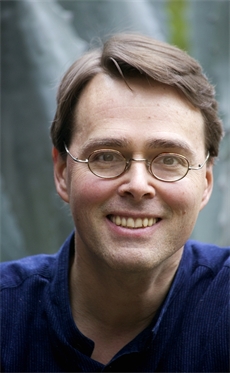 For several years and two books now, Charles Mann has been interested in how humans take part in shaping the earth’s ecology. Most recently, he has focused on how the fragmentation and differentiation that occurred after the breakup of Pangea has been rapidly undone by globalization.

In the first of his recent historical works, 1491: New Revelations of the Americas Before Columbus, he synthesized a broad range of emerging scholarship that indicates that the Americas, prior to Christopher Columbus’s voyage across the Atlantic, were more populated than previously thought. Furthermore, the ecological character of the Americas, he contends, was probably shaped more significantly by human hands than conventionally acknowledged. He published his extensive research as an article in The Atlantic Monthly prior to fleshing out the full book. There remains debate as to how well this alternate view of American history will hold up, but it offers hints that the Anthropocene may have deeper roots than the industrial revolution. 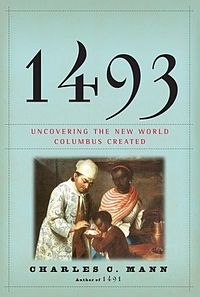 Further exploring the depths of the human epoch, Mann followed up 1491 with 1493: Uncovering the New World Columbus Created, which focuses on The Columbian Exchange, or the ecological blending of the “Old” and “New” Worlds. In a video about the release of the book, he explains that the trade and migrations that began after 1492 were the beginnings of globalization and that they’ve been working to bring back the ecological homogeneity of Pangea, the global supercontinent of 250 million years ago.

Mann also regularly contributes to National Geographic Magazine. In 02008 he even collaborated with recent Seminar speaker Jim Richardson on an article covering soil use and misuse around the world. More recently, he covered an amazing archaeological find in Turkey that requires some significant re-thinking on the genesis of civilization.

He’ll deploy his estimable data and storytelling on Monday, April 23rd at the Cowell Theater. You can reserve tickets, get directions and sign up for the podcast on the Seminar page.

Overview: Earth and Civilization in Macroscope

Seeing the Whole Earth From Space Changed Everything

Tim O'Reilly, "The Global Mind is Us, Augmented"