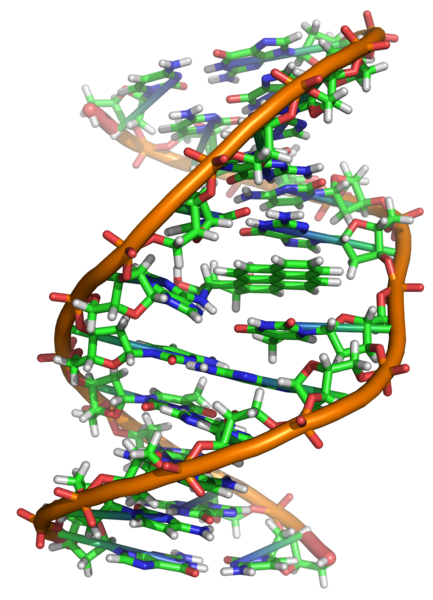 Advances in computing technology have led to increasingly powerful devices – a cell phone can now do what early desktop computers did not even approximate. But these developments have largely been in the form of devices, objects made of silicon and plastic. Stanford bioengineering professor Drew Endy imagines, in a New York Times article, another frontier for computing, where computers with even a tiny amount of processing power would be useful.

…what if such computers could be installed inside every cell of your body? What if these computers were used to keep track of how many times each of your cells divided, forming the basis of systems that could track and control aging, development and cancer?

In his 02008 talk in The Long Now Foundation’s SALT series, Endy begins: “I want to develop tools that make biology easy to engineer.” While his article mentions that he and his colleagues have not yet been able to program a “genetically encoded eight-bit counter,” research does suggest that it is possible.

So the future of computing need not only be a question of putting people and things together with ubiquitous silicon computers. The future will be much richer if we can imagine new modes of computing in new places and with new materials — and then find ways to bring those new modes to life.