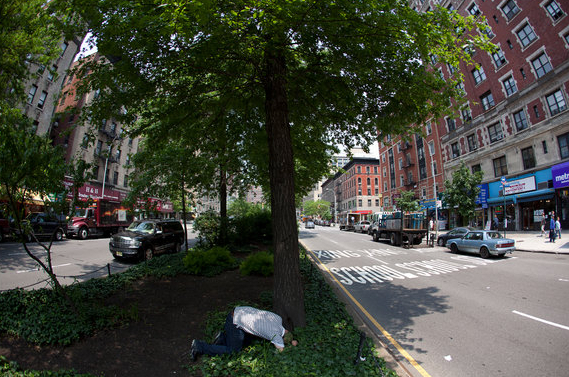 Cities are often hotbeds of creativity and innovation, where the pace of life is faster and the diversity of people is greater. But humans aren’t the only things living in our cities – recent research by evolutionary biologists indicates that the processes of evolution and ecological change can also speed up in urban environments. In a New York Times article, science writer Carl Zimmer shares a glimpse of research conducted in New York City on organisms ranging from mice and fish to ants and bacteria.

Evolution is one of life’s constants. New species emerge; old ones become extinct. Environmental changes have often steered evolution in new directions. And modern cities like New York have brought particularly swift changes to the environment. European settlers cut down most of New York’s original forest; towns grew and then merged into a sprawling metropolitan region. The chemical environment changed as well, as factories dumped chemical pollution into the water and soil.

An increasing (though still small) number of biologists are focusing their attention on cities, which seem to be excellent laboratories of evolution. In his presentation “Viral Time” at Long Now’s SALT series, Zimmer discussed the remarkable pace of evolution in viruses and bacteria, which despite their size have the potential to cause profound and widespread change. And as city-dwellers are often reminded by signs beseeching them to wash their hands, bacteria play a significant role in any urban landscape. Many of the 1,000 gene mutations that researchers have identified in New York City’s native white-footed mice are associated with combating bacteria.

Dr. Munshi-South and his colleagues have been analyzing the DNA of the mice. He’s been surprised to find that the populations of mice in each park are genetically distinct from the mice in others. “The amount of differences you see among populations of mice in the same borough is similar to what you’d see across the whole southeastern United States,” he said.

Urbanization does not simply produce pavement on top of nature. It produces a dynamic mixture of anthropogenic and natural elements that evolves quickly and that can lead to both extinction and adaptation. Given the likelihood of rapidly increasing urbanization throughout the world, these research projects could offer important models for the future as well as hopeful stories of resilience.