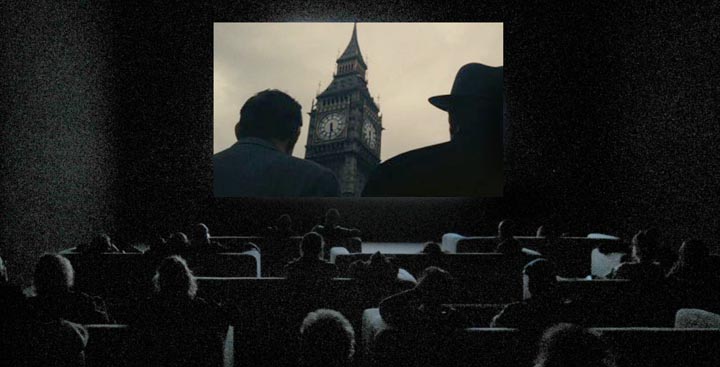 The Clock of the Long Now measures time in 10,000-year increments. “The Clock,” a wondrous piece of video art by Christian Marclay, measures every single moment in 24 hours.

Composed of film clips drawn from the entire history of cinema, the piece literally tells the time, through images of clocks and watches as well as scenes of people looking at, talking about, or noticing the time. If you see “The Clock” at 9:18 in the morning, every film clip shows 9:18.

While it may sound dull — who would want to spend an hour, or twenty-four, staring at a clock? — the piece, in the watching, becomes a moving meditation on the history of cinema, and of our relationship with time itself.

The artwork has been presented in London, New York, and Los Angeles, and just won the best of show Gold Lion at the Venice Biennale 02011. The Guardian called it “a masterpiece for our times.” If you’re in Los Angeles this July, or Venice between now and November, don’t miss it.

For more, here’s a clip from BBC News.