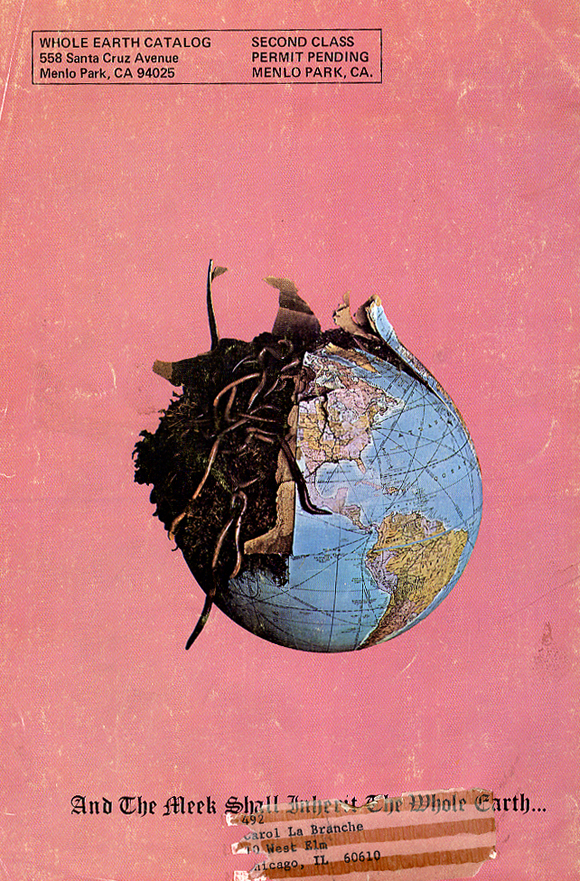 The work of Stewart Brand, founding editor of Whole Earth Catalog and Long Now President, is featured in Access to Tools: Publications from the Whole Earth Catalog, 1968 – 1974 at New York City’s Museum of Modern Art through July 26th.

In 1968, Stewart Brand founded an alternative information service and distribution system within a single publication, called the Whole Earth Catalog. Influenced by the work of Buckminster Fuller, the catalog developed into an extensive reference tool for designing the environment, living spaces, and new media practices. In sections titled “Understanding Whole Systems,” “Shelter and Land Use,” “Communications,” “Community,” and “Nomadics,” the catalog publicized a compendium of useful resources, with a primary focus on books. Drawing from the holdings of the MoMA Library, this exhibition surveys many of these publications and gives a history of the catalog itself. 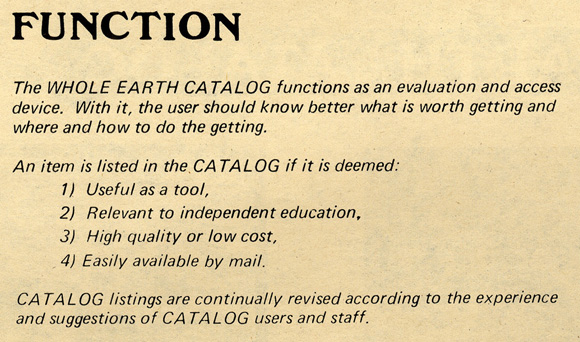 The New York Times says of the exhibition:

So maybe the time is ripe for a deep and wide reconsideration of the Whole Earth vision. In its generous embrace of theory and practice and its range from the cosmic to the mundane it epitomized the best impulses of American democracy. It was and still might be a great tool for thinking about how to rehabilitate our sadly distressed world.

Much of the show can be viewed on the companion exhibition site.