Maarten Lens-FitzGerald got in touch recently to let us know that someone had created a layer within the Layar augmented reality platform that geo-tags a film shown by Rick Prelinger at his annual Lost Landscapes of San Francisco event.

The film was created shortly before San Francisco’s devastating earthquake by placing an early video camera on the front of a streetcar as it rolled along Market Street toward the city’s Ferry Terminal. 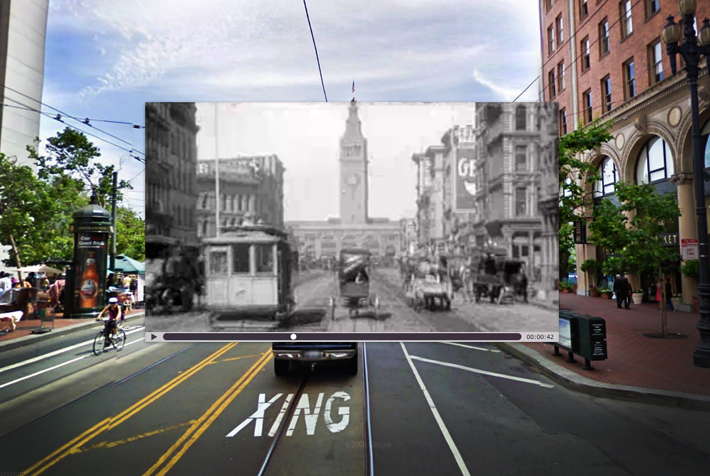 If you open the Layar browser on a smartphone while standing along the route that camera took over a century ago, you’ll see what it’s operator saw – dirt & dust, horses & buggies, people on bikes and even a few early automobiles.