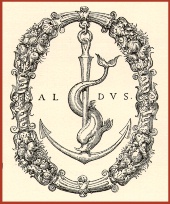 I just received this nice piece on the future of books and libraries from our friends at Stanford Libraries:

Who Needs a Library Anyway?

When then-President Gerhard Casper rhetorically asked this question, 12 October 1999 – as the title of his remarks at the dedication of the Bing Wing – there was much talk in the air about the imminent demise of libraries. Were these not a bunch of dinosaurs about to be smacked by the meteoric impact of the Web? Was the book not rapidly becoming an anachronism, a fetish object of a dying pulp-based culture? Many of us, with President Casper, disagreed with these glib notions then. But that was several generations ago, on the timescale of the information world around us. How have we fared since on the extinction short list?

Last month, forecaster and chair of our Advisory Council Paul Saffo delighted a select group of our donors with a talk about books, revolutions, and timescales. In a dense web of connected thoughts, he tied the great information revolution of the late 15th century to that of the late 20th, likening the titanic publisher-scholar Aldus Manutius to Steve Jobs, linking the once-revolutionary idea that a printed book is what it is (not a cheap knock-off of a proper manuscript) to the emerging identity of digital works as being something other than bad substitutes for physical books. He reminded us of an intrinsic life-cycle law of objects: things fade, or even disappear, after about a half-century, even (or particularly) Aldine editions or 1960s bestsellers. I am reminded that we avidly collect medieval “binding fragments,” i.e., pieces of manuscripts, mostly on vellum, that were cut up and recycled as stiffeners in bindings of later books, a practice we would now consider barbaric and wasteful (and very expensive). Apparently, after a century or so of European printing, manuscripts were considered expendable, rendered technically obsolescent by the printing press (and the scholarly efflorescence it made possible).

Universities and their libraries have been around for a fairly long time, say 700 or 800 years. The great university libraries that we are familiar with – those with millions of volumes addressing myriad subjects and disciplines – evolved through the vast post-war growth of academic research, coincidentally about a half-century ago. Are they – or, should I say, we – suffering decrepitude and irrelevance? I offer as evidence our experience with the New Graduate Student Orientation program last month, detailed later in this issue. It seems that Stanford’s new crop of grad students, arguably the most savvy and motivated class of information users alive, are quite aware they need libraries. Some of them may even need Aldine editions or binding fragments. All of them will use electronic resources on various sorts of devices. Whatever the form, the libraries will stand ready to help them obtain and use the stuff of scholarship.