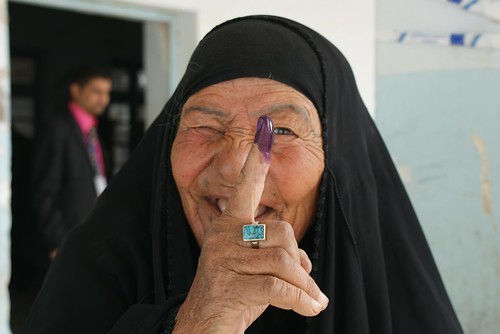 Burr Heneman suggests that the increasing empowerment of women around the world will have impact for generations to come.

Just a few weeks ago the U.S. marked the 90th anniversary of the 19th Amendment, which gave women the right to vote; yet few would argue that the genders have achieved equality. Still, there are signs of economic and political progress.

From The Atlantic Monthly: “According to the Bureau of Labor Statistics, women now hold 51.4 percent of managerial and professional jobs—up from 26.1 percent in 1980… Earlier this year, for the first time in American history, the balance of the workforce tipped toward women, who now hold a majority of the nation’s jobs.” Forty years ago, just 4% of the nation’s lawyers were women; now the figure is 32%. (They also note that among Americans who choose the sex of their children, most now choose girls.)

There’s more. According to the Small Business Administration, more than 40% of all U.S. businesses are women-owned, and in the past decade, nearly two out of every three businesses were started by women. Women also own more than 40% of private businesses in China. And in Europe, women already make up the majority of university graduates.

On the other hand, the Women’s Bureau of the U.S. Dept of Labor reports that pay for men and women is still unequal, and many women still remain concentrated in traditionally lower-paying jobs despite the fact that women hold the majority of post-secondary degrees in this country.

And social progress seems to be coming more slowly. Poverty is becoming feminized (around the world, two out of three poor adults are women). Finally: although statistics are hard to come by, sexual assault and sexual slavery may actually be on the rise — and there are 20,000 “honor killings” of women each year.

Some recent news stories about the role of women in the world:

1. In the U.S., the salary gap may be shrinking: Workplace salaries: at last, women on top and also Young U.S. women learn, earn more than men

2. And yet: 90 years after the 19th Amendment, equality remains elusive

4. 100 million girls have gone missing in Asia: Gendercide: The war on baby girls

5. About those “honor killings”: The crimewave that shames the world

7. Finally: women are better drivers than men, but do they get credit for it? For women who drive, the stereotypes die hard

(Thanks to Heather Kinlaw for background research.)