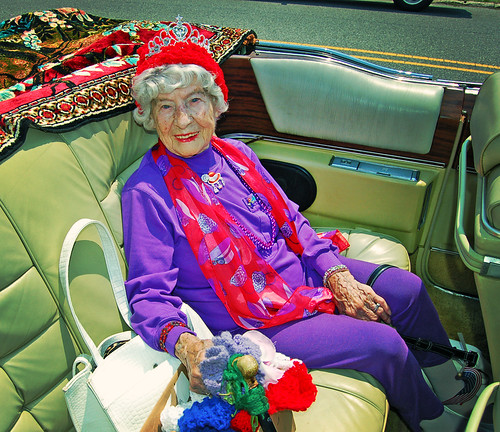 The woman in this picture just celebrated her 100th birthday. But she’s far from the oldest living American: that’s Neva Morris, of Ames, Iowa, who’s 114. They’re just two of the 84,000 centenarians living in the United States.

It’s estimated that by 02050, the number of centenarians worldwide will reach nearly 6 million. And some say that half of the babies born in the U.S. today will live into the 22nd century. Obviously, this will pose new challenges for the workplace, social security, health care, and just about every other aspect of society.

Some recent news stories about aging:

Starting to get crowded in 100-year-olds’ club

Half of U.S. babies living today may reach 100

2. The science of life extension:

One key found for living to 100

3. Is it genes? Diet? No, the most important ingredient might be hope:

Have a purpose in life? You might live longer

A play inspired by the Clock of the Long Now premieres in May 02021.

Salt Crystals and Selfies: Curiosity after the Seven Minutes of Terror