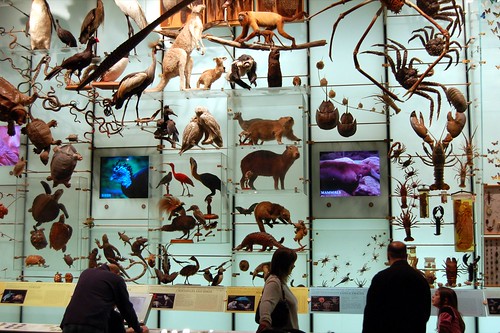 Hollywood notwithstanding, it seems fairly unlikely that mankind will be wiped out in 02012. But unfortunately, tales of mass extinction turn out to have some basis in reality; some even say we are already in the midst of a sixth great planetary catastrophe. The difference this time is that the culprit isn’t an asteroid, or a volcanic eruption: it’s us.

Some recent news stories about threats to biodiversity:

3. Why we might care:
Animal biodiversity keeps people healthy

4. Not to worry, evolution will make more:
Study catches two bird populations as they split into separate species