You’ve seen Seattle-based artist Chris Jordan‘s work before — at this very blog, for instance. Aside from the unmistakable green thread of ecologically conscientious, socially critical themes running through it, a signature element is his use of scale: a pattern that looks one way at a distance is revealed as something else up close. Often the near and far perspectives comment on each other. 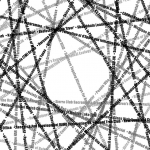 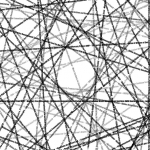 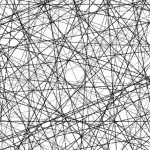 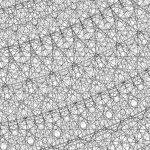 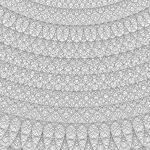 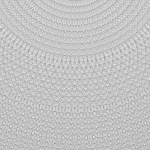 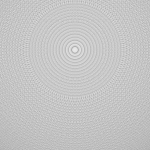 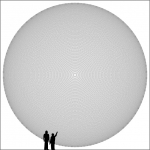 This large scale mandala depicts the names of one million organizations around the world that are devoted to peace, environmental stewardship, social justice, and the preservation of diverse and indigenous culture.

The actual number of such organizations is unknown, but Paul Hawken’s “Blessed Unrest” project estimates the number at somewhere between one and two million, and growing. If the lines in this piece were straightened out, they would make an unbroken line of names, in a ten point font, twenty seven miles long.

Of course, to read the statistics is one thing; actually to image them is another. This remarkable visualisation helps bring home the scale of social transformation, at the institutional level, which we are currently undergoing.

Paul Hawken’s Seminar About Long-term Thinking that deals with the themes of Blessed Unrest can be found here.