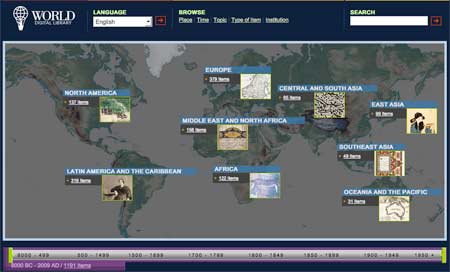 I just came across the World Digital Library site launched in April of this year by the Library of Congress and several other national archives, libraries and other partner institutions.  Most impressive is that the interface to the data is not only spatial – a world map- but also uses a timeline…  a 10,000 year timeline.  The collection currently only has about 1100 items, but each has extensive normalized meta-data in 7 major world languages.  Producing meta-data at this level is quite difficult but will indeed be very valuable over the long haul.  Hopefully it wont provide too large a barrier to getting more data into the repository. They launched the effort with some extremely high value items, and are taking a very top down meta-data approach (as opposed to something like Wikipedia that allows the masses to annotate):

The site (www.wdl.org) has put up the Japanese work that is considered the first novel in history, for instance, along with the Aztecs’ first mention of the Christ child in the New World and the works of ancient Arab scholars piercing the mysteries of algebra, each entry flanked by learned commentary. “There are many one-of-a-kind documents,” Billington said in an interview.

“All of this is dependable, authoritative commentary,” Billington said. – Washington Post

Also very interesting is that the BBC reports that the WDL is one of the first customers for the recently announced Rosetta Stone 1,000 year digital memory product developed in Japan and reported here last month. 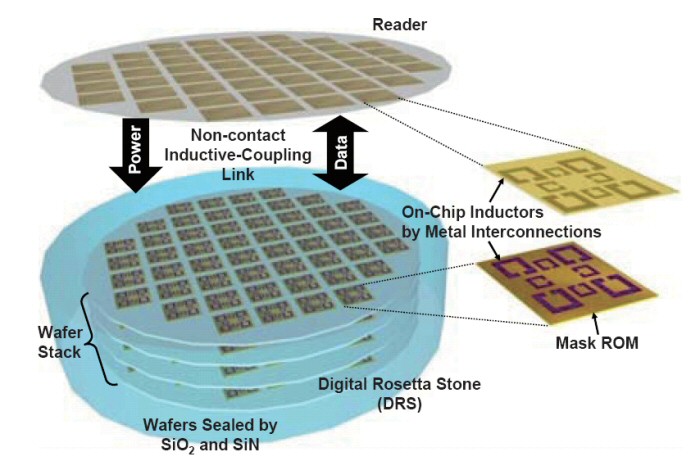