Long Now member Dick Esterle sent us a note to mention Japanese artist Akio Hizume.  He bills himself as an architect on his website where he documents the many structures he’s created.  Many of them are made of bamboo and feature patterns based on the Fibonacci Sequence and the Golden Ratio.

In 02006, he built a really cool piece called Sunflower Tower. 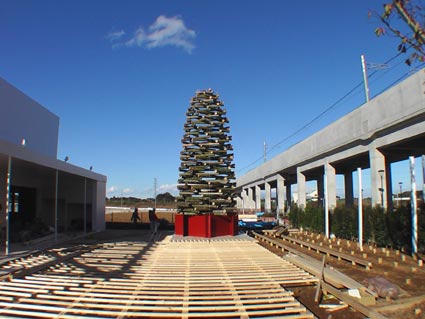 Many of his installations, this one included, are accompanied by compositions also based on natural harmonies.  The music for Sunflower Tower shares a striking resemblance to Brain Eno’s January 07003: Bell Studies for the Clock of the Long Now.  Hizume describes his piece here:

Please listen to the fragments of the endless music.

He’s got two snippets of this piece available, plus lots of samples from other pieces on the website.

Here’s the view from the inside of Sunflower Tower: 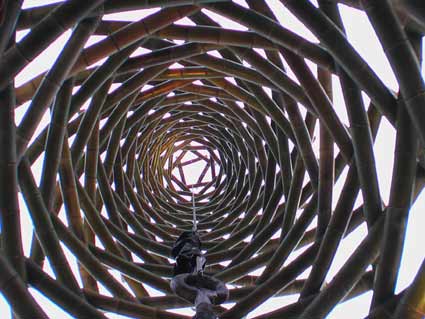