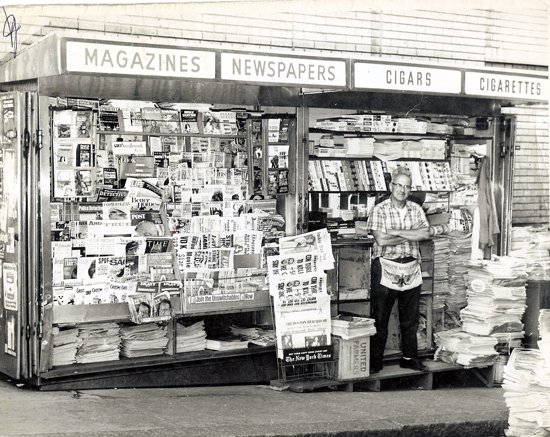 [editors note:  Kirk Citron proposed this idea of Long News to Alexander Rose, Stewart Brand, and Kevin Kelly a while ago.  While we have not found funding for it, Kirk has valiantly stepped up to be the editor of the program himself to try it out and see if it has legs.  Thanks!]

Each weekday, The New York Times prints around 125 news stories. That’s just one newspaper; add in all other newspapers, plus television, radio, and the internet, and it’s clear thousands upon thousands of news stories are generated every day.

But how many of these stories will make a difference next year? A decade from now? A century? Ten thousand years?

That’s the idea behind The Long News: to try to identify news stories whose significance seems likely to grow, rather than diminish, over time.

We will link to articles about trends, discoveries, and events that might have a long term impact on humanity — or at least, for several decades. We will try to spot stories which appear likely to shape the future, and that a future historian might some day look back upon as important.

To begin, we are launching The Long News as a category within the Long Views blog, for occasional publication as we find new stories which seem relevant. We are kicking off today with four links; and we invite you to submit additional stories here.

1. The transhumanist movement claims we may be able to guide human evolution; this article suggests we may have less control than we think: Modern life’s pressures may be hastening human evolution

2.  Given the resources each new American consumes, this story (found by Stuart Candy) is troubling: Baby boomlet: US births in 2007 break 1950s record

3. A glimpse at the future of medicine — a possible new path to a cure for cancer: Experts use nanotech to deliver anti-cancer genes

A play inspired by the Clock of the Long Now premieres in May 02021.

Salt Crystals and Selfies: Curiosity after the Seven Minutes of Terror