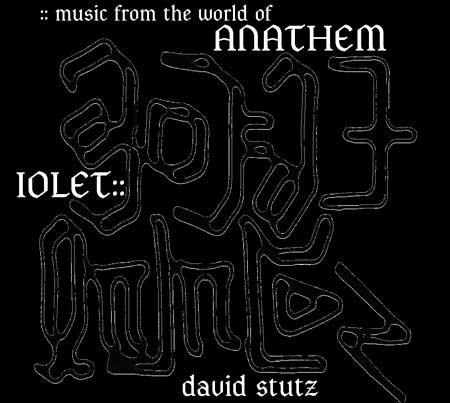 In Neal Stephenson’s new novel Anathem, the Decanarian Erasmus’ daily chore is to ring the Clock bells in his “Math” in a special sequence each day as he chants out the sequence. Those sequences and chants are all based on mathematical formulae that composer and coder David Stutz has put together into an album called Iolet.  Stutz calls the music “a pseudo-liturgical use of mathematics and higher thinking.”  You can see more background from Stutz on the album here.  (In addition you might find some of the excerpts recently released from the book’s extensive glossary worth a peek.)

Most wonderfully Stephenson and Stutz are directing the profits of the album (released through CD Baby) to us here at The Long Now Foundation to help in our efforts to build the Millennium Clock that was one of the inspirations of the book. We will also have a live performance of the album at the launch event on September 9th 02008 in San Francisco, and it will be available for sale at the event and on the web after the 9th.

And here is what some others have had to say about the album:

“It sounds like the neo-Gregorian chanting that accompanies ritual baby sacrifice in horror films.” -Steven Levy [in Wired]

“I’ve just listened to several of the songs on this CD and, frankly, this is some weird shit.” – Al Billings [in In Pursuit of Mysteries Boing Boing]