Will the music of Charlie Parker and Ella Fitzgerald be heard 100 generations from now? A major gift from David Packard has greatly increased the long odds on that. David’s $150M bequeath, the largest private gift ever to the U.S. legislative branch, launched the just-opened National Audio-Visual Conservation Center (NAVCC) of the National Library of Congress – the world’s largest and most comprehensive collection of films, television programs, radio broadcasts, sound recordings, and media collateral.

With stunning architecture both inside and out, the NAVCC becomes the world’s most advanced A/V archiving and restoration facility – Alexandria for the information era.

The new facility atop Mount Pony VA is built into a converted cold-war era bunker previously used to store billions of paper dollars for distribution after a national emergency. When finished consolidating the Library’s massive A/V collections, the NAVCC will contain more than 4 million historic film, video, and audio recordings lining more than 90 miles of shelves across nearly 1/2 million square feet beneath 45 acres. Counting scripts, posters, and photos, the archive will host over 6 million items of historical interest.

The Library of Congress asked me to design the analog electronics that will adapt a century of legacy audio formats for digital archival storage. The electronics had to exhibit world-class performance and be self-adaptable to every known historic release format, including Edison cylinders, acoustic and electric 78s, stereo 33s, and more. For me, it’s one of life’s profound opportunities to serve an integral role in the Long Now. 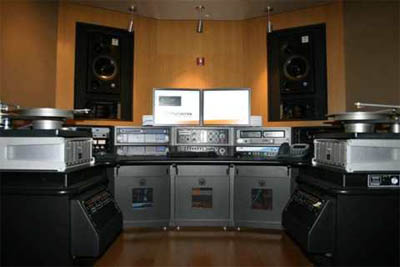 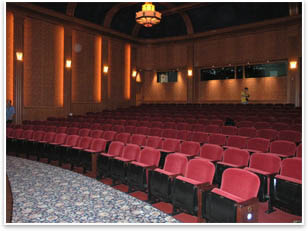 As it becomes operational, the Pony Mountain facility will be the first archive to preserve digital content at the petabyte level. I was told that NAVCC film and video transfers use 400GB every three minutes, or more than 8 terabytes of storage per hour. Based on capacity, I estimate that the NAVCC could eventually be generating well over 20 unique petabytes per year, which could make them the world’s largest single user of hard disk memory (think Google, Wal Mart, etc..).
As the world’s most advanced digital acquisition and archiving complex, NAVCC serves as a benchmark for the global audiovisual community, many of whom are meeting this week for the 42nd annual ARSC Conference at Stanford University (Association for Recorded Sound Collections). I’ll be there today (Saturday 29/03/02008) live-archiving a collection of rare Hawaiian 78s.

“The technologies being implemented at the NAVCC are unprecedented in scale and unmatched in their capabilities anywhere else in the world”, said Greg Lukow, NAVCC Director. “Not only will these technologies enable exponential increases in the production of high-quality preservation copies of materials that are deteriorating in their current formats, but they will provide researchers with better, faster access to more of these materials in the future.”

Ironically, many of our historic audio formats (cylinders, LPs, 78s) will far outlive their original digital archives. While many of today’s HDDs have a rated “mean time before failure” of over 100 years, reliable data retention is far shorter. A friend who designs HDDs told me that a shelved (non-powered / non-refreshing) HDD shouldn’t be expected to hold reliable data much longer than ten years, if that. And writable DVD longevity isn’t much better.

This means that archivists must re-copy or auto-refresh their existing digital archives on an ongoing basis – in parallel with creating archives from original formats. Until cost-effective, ultra-long-term digital storage is achieved, “re-archiving the archives” will be standard archival procedure.

After decades of technology breakthroughs, it brings a smile to my face to think that a vinyl or lacquer platter with mechanically implanted grooves is still, by far, our longest-lived audio format. 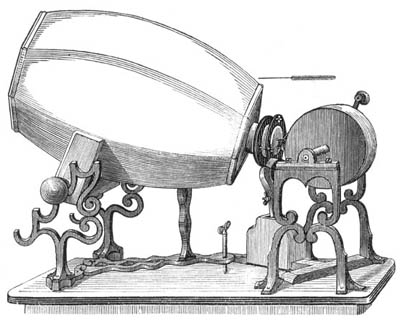 Of related interest, on Friday (28/03/02008) New York Times carried a story about the discovery of what appears to be the oldest known audio recording, predating Edison’s “Mary Had a Little Lamb” by almost twenty years. David Giovannoni will present this research and play the recording for the first time in public gathering at the Stanford ARSC conference. An MP3 copy of this historic recording can be found here.

A photo set from my visit to the NAVCC facility is here. I can be reached at JL (at sign) JPS (.) NET.