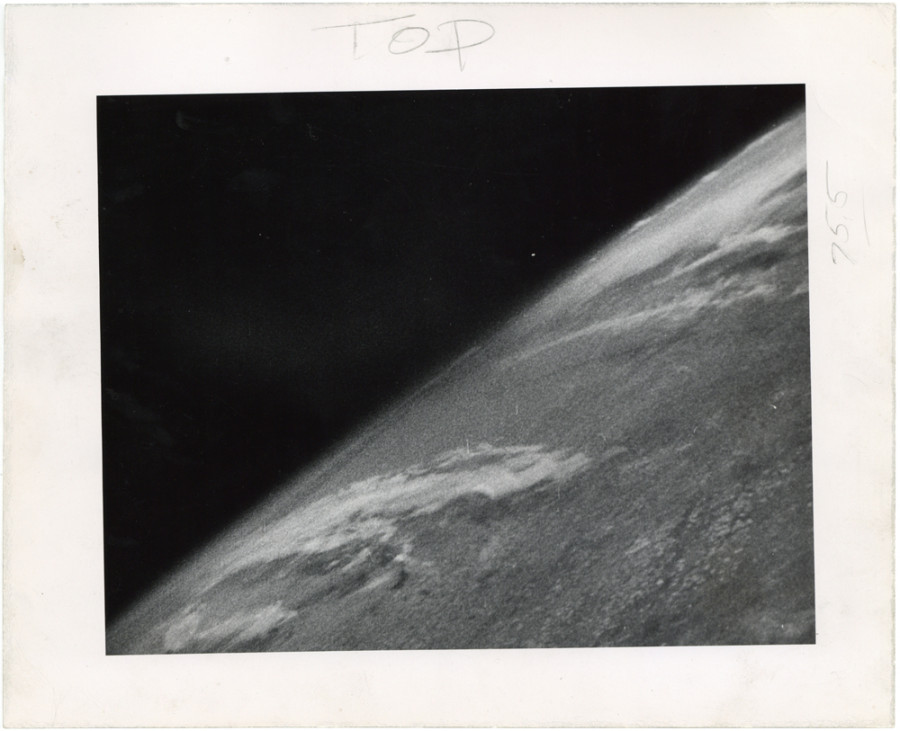 Above is the first known image ever taken from space and our first image of the really ‘big here’. It was shot from a captured German V2 rocket launched after WWII from White Sands missile range. You can find more about the effort in this excellent article in Air & Space magazine (also the really amazing panorama below). While it feels like space imagery is something fairly new because of new tools like Google Earth, this hauntingly grainy black and white image taken over 60 years ago reminds me that the intelligence community has been seeing and using this data for a long time. Also worth noting is that while we have this first image, it is my understanding that NASA is missing a large amounts of the early satellite data due to digital data loss. This is a good case where a real film camera has helped preserve the data.