This past September the French army installed 600 one meter square reflective panels in the shape of Roman numerals on the sands of Mont Saint-Michel, a small rocky island off the coast of Normandy. The island’s 150-foot abbey spire cast a shadow three quarters of a mile long that swept across the numerals, making the timekeeper the largest sundial ever constructed, beating out Jaipur, India’s Samrat Yantra.

Video of the sundial in action (be patient, it’s slow. but worth it).

Not reported is why the French army made this wonderful environmental art piece. Hard to imagine the US army doing the same. 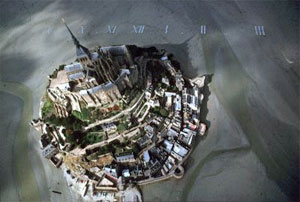 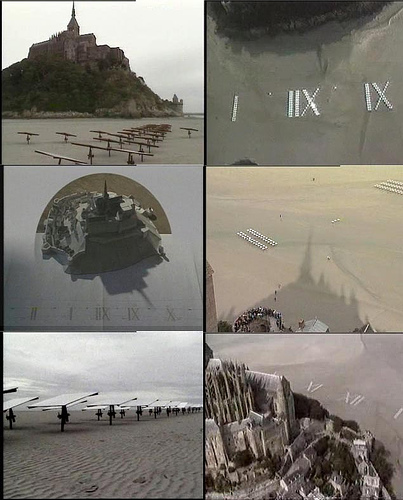 ArtThe Clock of the Long Now