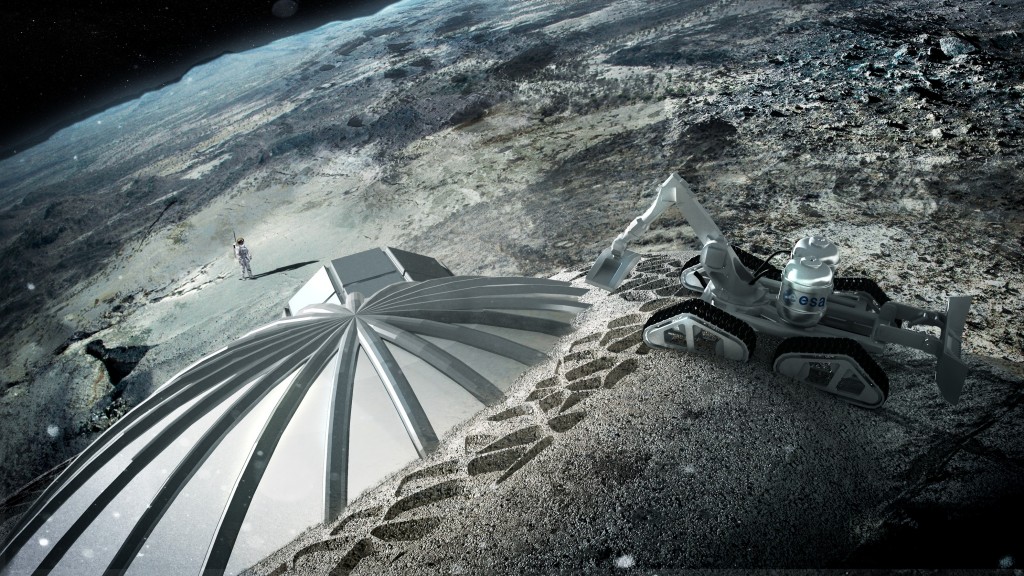 Towers that reach 15 kilometers into the sky and autonomous 3D-printing robots on the Moon aren’t just great fodder for sci-fi; they’re also plausible enough to be considered as audacious, but realistic engineering goals. That sweet spot is exactly what the Hieroglyph project is aiming for. A collaboration between Arizona State University’s Center for Science and the Imagination and sci-fi author Neal Stephenson, Hieroglyph seeks to bring engineers and authors of science fiction together to develop and illustrate scenarios in which “Big Stuff Got Done.”

Neal Stephenson explains that Hieroglyph is working to put together a collection of sci-fi that avoids dystopian tropes and instead focuses on positive, inspiring possibilities:

The idea is to get SF writers to contribute pieces to an anthology. These pieces would all be throwbacks, in a manner of speaking, to 1950′s-style SF, in that they would depict futures in which Big Stuff Got Done. We would avoid hackers, hyperspace, and holocausts. The ideal subject matter would be an innovation that a young, modern-day engineer could make substantial progress on during his or her career.

A tower 15 kilometers in height is the scenario Stephenson is exploring, with help from structural engineer Keith Hjelmstad. The Hieroglyph website will serve as a hub and forum for sharing moonshot-style thinking like this; it’s already got Stephenson’s Tall Tower and the aforementioned Moon robots, a scenario being developed by Cory Doctorow.