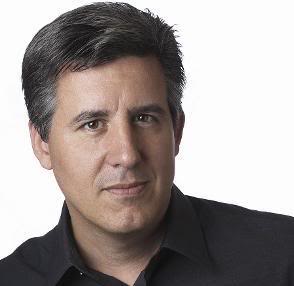 Like their makers, robots can be used for creativity or destruction. Robots can be used to build things we wouldn’t expect and to destroy us in ways we haven’t yet imagined. In two events, Daniel Suarez and Alexander Rose discuss this dynamic potential and some of the things they’ve learned through hands-on and speculative work with robots and drones.

Long Now Members can RSVP via Eventbrite; please see your email for the access code.

Suarez will be reading and discussing his new book, Kill Decision, at The Long Now Museum on Monday July 23rd, at 6:30pm; refreshments will be served and books will be for sale.

…a terrific mix of thrills and mayhem, big ideas, and well-founded technological and social speculation. This is the kind of mind-expanding novel that uses entertainment to make powerful, important points about alarming current trends; the novel as cautionary tale has rarely been better executed. – Tim O’Reilly

Dorkbot with Alexander Rose and Daniel Suarez on 7/25/12

No pre-sale tickets, $5 to $20 sliding scale at the door, open to the public
*Please note that this event may reach capacity

This Dorkbot is at Jellyfish Gallery on Wednesday July 25th at 7:30pm. DorkbotSF is about people doing strange things with electricity and is run by Long Now member Karen Marcelo.

Daniel Suarez will be talking about Crossing the Rubicon: Autonomous Combat Drones — what’s driving their development and their likely impact on human society.

Long Now Executive Director Alexander Rose will discuss the technology and methodology of construction now underway on the 10,000-Year Clock.

More about the speakers:

Long Now Seminar Speaker, Daniel Suarez is an independent systems consultant who designed and developed enterprise software for the defense, finance, and entertainment industries. He then turned to writing to explore his ideas about our near-term future in his books Daemon, Freedom (TM), and now Kill Decision.

Hired as the first employee of The Long Now Foundation in February of 01997, Alexander Rose is the Executive Director of the Foundation and the Project Manager for the 10,000-Year Clock. Alexander graduated with a bachelor of arts honors degree from Carnegie Mellon University in Industrial Design in 01995 and shares several design patents on the 10,000-Year Clock with Danny Hillis.

From the New York Times Bestselling author of Daemon and Freedom™, comes a terrifying, breathtaking, and all-too-possible vision of the world’s near future. In his new novel, Kill Decision, Daniel Suarez turns to the timely and increasingly important topic of combat drones.  The book tells the story of myrmecologist Linda McKinney—a scientist studying weaver ants—who is forced to team up with a Special Ops soldier after her research is stolen and used by unknown forces to power autonomous swarming weapons.  Suarez’s well researched thrillers are based on real science and technology, and in Kill Decision he takes the very real implications of automated war to its next logical step.”