From National Geographic comes a video profiling the durable windmills of Nashtifan, Iran. These windmills constructed over a thousand years ago out of clay, straw and wood are not only still standing; they work just as well as they did when they were first built.

In designing and building the Clock of the Long Now, we have investigated many technologies built for the long-term. Some, like Iran’s windmills and Japan’s Ise Shrine, are ancient. Others, like the Svalbard Global Seed Vault, the Yucca Mountain nuclear waste repository, and the Mormon Genealogical Vault, are more recent efforts. All offer important lessons in why some technologies last and others do not. 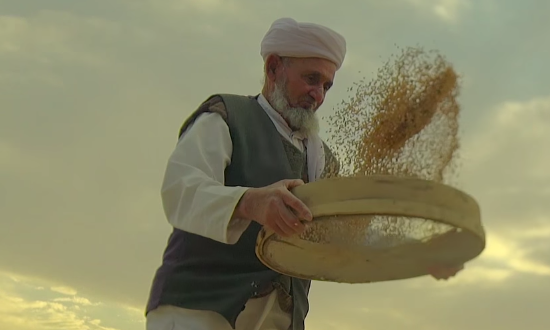 Muhammad Etebari is the last custodian of the Northeast Iran’s ancient windmills.

Long Now Executive Director Alexander Rose, discussing his excursions to these remote sites in a 02011 Seminar, noted that one of the main reasons a technology lasts is because there are people and institutions built to maintain it. In the case of the Nashtifan windmills, Muhammad Etebari is the last remaining custodian of the mills, and he cannot find an apprentice. After centuries of keeping the windmills running by passing the responsibility of maintenance from generation to another, the future of the ancient durable windmills of Nashtifan is now in doubt.