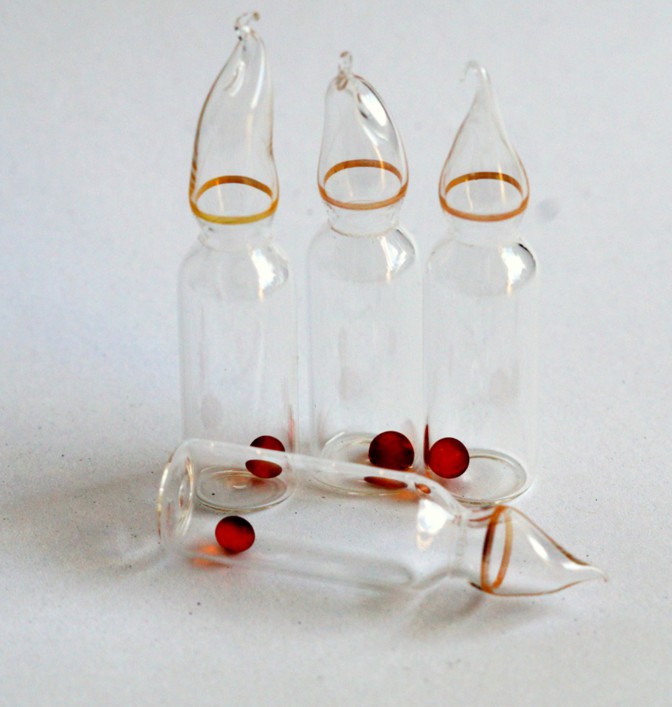 Last week, The Atlantic‘s Sarah Zhang profiled a University of Edinburgh science experiment that began in 02014 and—if everything goes according to plan—will conclude in 02514.

The experiment is studying the longevity of bacteria, which can remain viable well past the lifespan of humans.

Physically, the 500-year experiment consists of 800 simple glass vials containing either Chroococcidiopsis or another bacterium, Bacillus subtilis. The glass vials have been hermetically sealed with a flame. Half are shielded with lead, to protect them from the radiation of radon or cosmic rays, which can cause DNA damage. (A duplicate set of the vials sits in the Natural History Museum in London for backup.) Every other year for the first 24 years, and then every quarter century for the next 475, scientists are supposed to come test the dried bacteria for viability and DNA damage. The first set of data from the experiment was published last month.

Running a science experiment for 500 years introduces a number of challenges of interest to Long Now and our various long-term projects, from questions around storage and backup to institutional infrastructure to linguistic and technological considerations.

Opening vials, adding water, and counting colonies that grow from rehydrated bacteria is easy. The hard part is ensuring someone will continue doing this on schedule well into the future. The team left a USB stick with instructions, which Möller realizes is far from adequate, given how quickly digital technology becomes obsolete. They also left a hard copy, on paper. “But think about 500-year-old paper,” he says, how it would yellow and crumble. “Should we carve it in stone? Do we have to carve it in a metal plate?” But what if someone who cannot read the writing comes along and decides to take the metal plate as a cool, shiny relic, as tomb raiders once did when looting ancient tombs?

No strategy is likely to be completely foolproof 500 years later. So the team asks that researchers at each 25-year time point copy the instructions so that they remain linguistically and technologically up to date.

Zhang’s piece also details a number of other long-term science experiments, including a fertilizer and crop study that’s been underway since 01843 and a seed viability study that began in 01879 and will conclude in 02020.

Read her piece in full here.