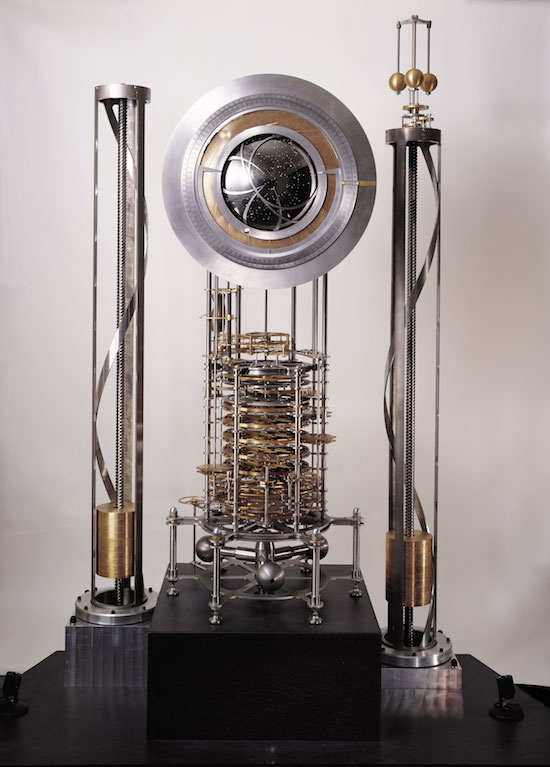 Danny Hillis, Long Now co-founder and designer of the 10,000 Year Clock, has a new essay, “Long-Term Timekeeping in the Clock of the Long Now” in the book The Science of Time 2016: Time in Astronomy & Society, Past, Present and Future (published November 02017). The Science of Time 2016 presents “information on the science and history of time and its impact on sciences, cultures, religions, and future developments in the field:”

The uses of time in astronomy – from pointing telescopes, coordinating and processing observations, predicting ephemerides, cultures, religious practices, history, businesses, determining Earth orientation, analyzing time-series data and in many other ways – represent a broad sample of how time is used throughout human society and in space. Time and its reciprocal, frequency, is the most accurately measurable quantity and often an important path to the frontiers of science. But the future of timekeeping is changing with the development of optical frequency standards and the resulting challenges of distributing time at ever higher precision, with the possibility of timescales based on pulsars, and with the inclusion of higher-order relativistic effects. The definition of the second will likely be changed before the end of this decade, and its realization will increase in accuracy; the definition of the day is no longer obvious. The variability of the Earth’s rotation presents challenges of understanding and prediction.

In this symposium speakers took a closer look at time in astronomy, other sciences, cultures, and business as a defining element of modern civilization. The symposium aimed to set the stage for future timekeeping standards, infrastructure, and engineering best practices for astronomers and the broader society. At the same time the program was cognizant of the rich history from Harrison’s chronometer to today’s atomic clocks and pulsar observations. The theoreticians and engineers of time were brought together with the educators and historians of science, enriching the understanding of time among both experts and the public.

The book can be purchased here. (Hillis’ individual chapter in the book is also available for purchase.)

AnnouncementsEssaysThe Clock of the Long Now