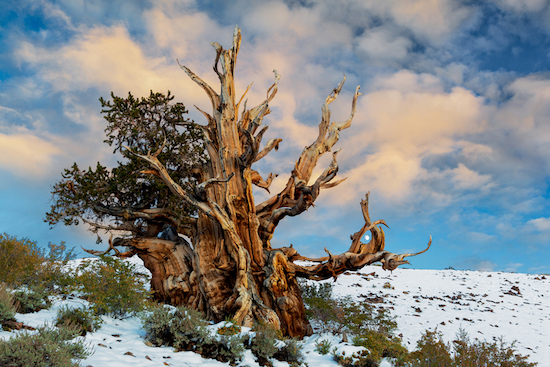 Earlier this month, the bristlecone pine, one of the oldest and most isolated organisms on Earth, found itself in unfamiliar territory: in the headlines. News outlets such as the Chicago Tribune and the Washington Post reported that the bristlecone pine was “in peril” and threatened by extinction due to a warming climate. The news came from a study published in Global Change Biology that suggested that the limber pine was “leapfrogging” the bristlecone as they “raced” up the mountains, with climate change acting as the “starting gun.”

Scotty Strachan, an environmental scientist at the University of Nevada, Reno, is skeptical of the statements that this finding “imperils” bristlecone. Strachan has a background in dendrochronology with a specific focus on the Great Basin, where the bristlecone pine grows. He has previously spoken at The Interval and has been collaborating with Long Now on bristlecone pine research on its property on Mt. Washington. We had a chance to sit down with Strachan and get his take on the study and the ideal relationship between what Strachan calls “short-term science” and “long-term science.”

The following has been edited for length and clarity. 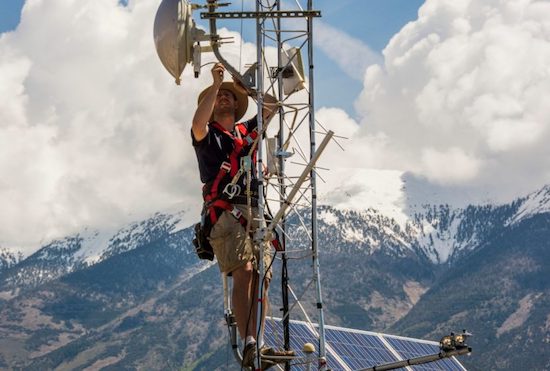 LONG NOW: When this study first came out, you commented that the press release was speculative. Could you elaborate on what you took issue with?

The bristlecone pine as a species do not exist inside one particular seasonal climatic envelope. But this paper makes this assumption [of uniform seasonality and stand dynamics]. This doesn’t represent the regional climate variability well, especially where bristlecone biogeography and potentially centennial-scale regeneration is concerned.

The study in question is based on data that actually continue recent work in Great Basin done by Constance I. Millar, who’s been working at treeline for decades. She came up with the idea that perhaps the lower [elevation] species of limber pine in the subalpine woodlands was “leapfrogging” over the bristlecone tree line in terms of its fifty-year recruitment pattern. [Recruitment refers to the addition of new individuals into a population or community]. The difference here is that she didn’t immediately rush to “species in peril” judgement like this press release emphasizes. 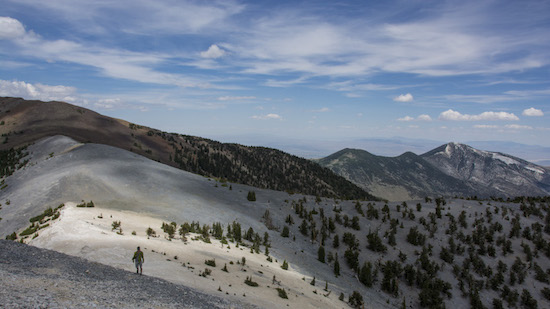 The paper spends a good deal of time, as it should, talking about what is known and what has been studied about bristlecone regeneration—which in terms of long term multi-decadal work, is actually very little. Bristlecone live in a region where you have high [climate] variability both interannually and interdecadally.

The bristlecone pine are distributed in space from the White Mountains in the western Great Basin, where they have irregular summertime input of rain, to Mt. Washington, Great Basin National Park, and ranges in central Utah, where more often than not you have a significant summertime component of moisture that actually can alleviate drought conditions. The structure of healthy bristlecone stands across these ranges can be very different, and you can bet that regeneration processes vary accordingly. 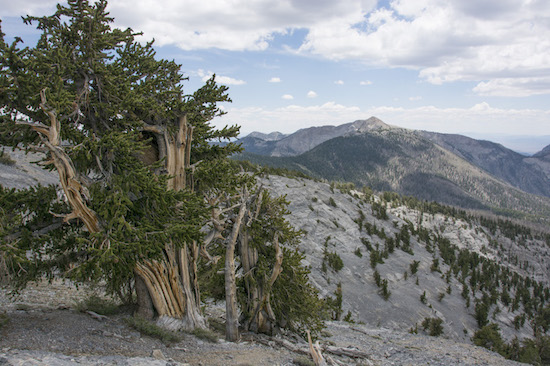 LONG NOW: Why do you think there’s such an appetite for stories like these that sound an alarmist tone?

We see this as a recurring theme in science, and not just in the environmental fields: “We’re not telling anything new, but we’re going to make an alarmist story about it.” Sometimes these alarmist press runs can generate certain momentum inside agency mechanisms that lead policy and science down the wrong road with detrimental effects, particularly if the details of the system in question are not well-understood.

For instance, if you are the Bureau of Land Management, you control large swaths of the interior west, and you’re responsible for maintaining the viability of the land in some way. You have mixed mandates where you balance the current resource users of the land, cattle ranchers maybe, or solar farm industrialists, with sometimes competing conservation issues that range from sagebrush to horses. You’re being pulled in all these different directions, so which science is right? 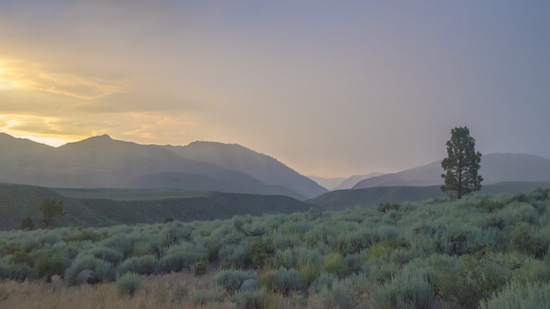 We’ve seen over the last thirty years an uptick in the amount of agency time spent in conservation efforts rather than resource use, just broadly. So the question is, how are those funds being directed and then, is it always a good idea for people to actually mess with the landscape in a sort of conservation management approach? So conservation of the forests in California for the last many decades has resulted in the catastrophe that’s waiting to happen in any given watershed in terms of forest densities and the fires that come from that.

The same thing can happen when you have niche science that says we’re going to manage the shrublands for say, a single species, like the sage grouse. So if you poke your nose in the sage grouse issue you’ll find that hundreds of millions of dollars have been spent via combinations of special interest groups and researchers to help conserve sage grouse habitat only. Well, that includes lots of cutting down woodlands that are naturally growing, amid similar “alarmist” claims that the woodlands are “invasive,” when there is plenty of science out there that says in many locations that’s simply not true. Effects to soils, other bird populations, indigenous tradition, recurring management costs, and so forth are sidelined, and that’s a problem. 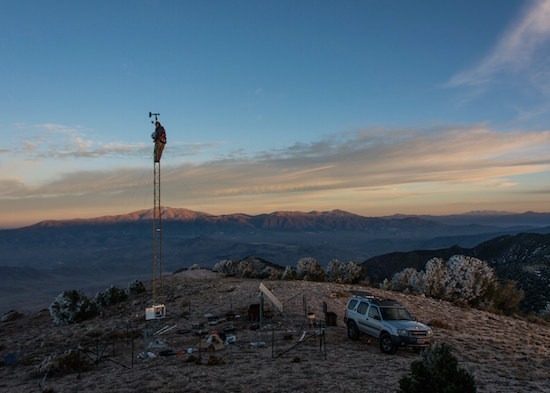 I’ll go back to a quote from Sierra bighorn sheep scientist John Wehausen:

“Ecology is quite messy statistically, unlikely to yield simple, clean answers. Be prepared to devote a long time if you want an adequate understanding at a system level; e.g. decades, not years…be open to the possibility that variables you never considered may be very important, relegating a lot of previous research to little more than preliminary study.”

And he’s talking about sheep, not bristlecone.

So you have this repeated approach of niche management as a rallying cry, to the detriment of many other considerations on the landscape system. If knee-jerk landscape-scale human interference get extended to bristlecone, then yeah, I’d say risk to the species increases. 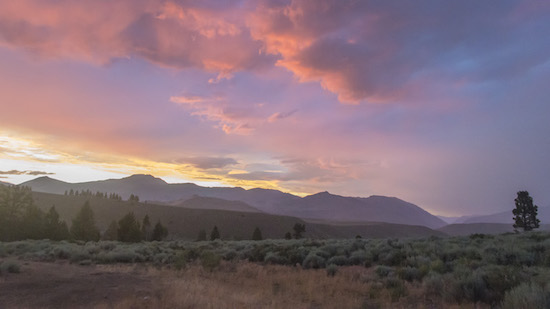 I look at it in terms of long-term science and short-term science. Short science operates like this: we go out there, we take a look at what’s happening, maybe we like what we see maybe we don’t like what we see, we draw some conclusions based on what we can observe at the time, we go forward and we say: “This is what we think happened, and we need policy X.” That’s great, except that’s effectively snapshot science. The same is true even if you include, say, some modeling—this is done often, like ecological modeling based on climate models—and say, “here’s what we think has been going on for the last one hundred years and therefore our look is not necessarily a snapshot.” Very often that short science is stated as fact, absolute fact, and that is the problem.

So short science is good because you need to go out there, you need to do an intensive look at something and get a snapshot, so that somebody can follow that snapshot one year, ten years, fifty years from now. That’s what’s really critical. Drawing those conclusions and stating it as absolute fact without having any long science to back it up, especially when we’re talking about landscapes or ecosystems where you have multi-century cyclic behavior in the ecology, let alone any climate changes, now all of a sudden you’ve got a bit of a conundrum. To me, one without the other is not good science from the management or landscape interference point of view. 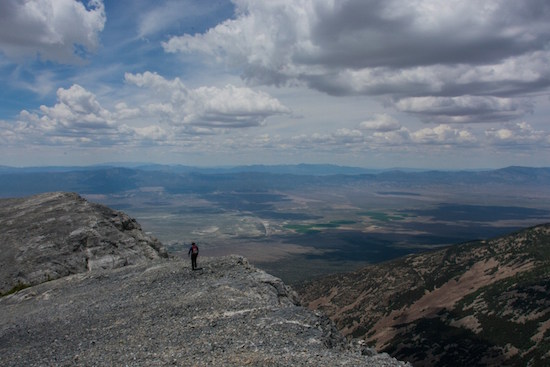 Yes, and here’s the other thing. Very often the short science takes the easiest path, which means you aren’t studying the mechanisms so much as you are simply observing the current status of things. Obviously you have to start somewhere. So you can still do short science—by short in this context I mean less than decades—you can still do that and try to observe some mechanisms rather than rely on perhaps other mechanistic studies that came in some cases very long before you and may have been very rudimentary in nature. Scale is a critical issue, geographically and temporally. And something that I don’t usually see in papers that shoot for sweeping conclusions is a section that takes on “Sources of Uncertainty” and then lists them, explaining how each of those sources has either been controlled for, or if not controlled for then a reasoned, fact-filled explanation as to why the author believes the influence is negligible.

We’ve been working with the Long Now Foundation out on Mount Washington to study more of the mechanistic processes to do with Great Basin woodlands and bristlecone pine for a number of years now. We’ve got the first multi-year, continuous sub-daily record of bristlecone growth response to climate and interactions with seasonal resources and surrounding species, including limber pine, and the data are becoming more fascinating every year. We hope to run this study for decades. Yes, more of those papers are coming! That’s the kind of investigative approach that needs to be developed more around the west, and not just for bristlecone. You can’t manage what you don’t monitor. Investing in this kind of longer science and maintaining it is a huge challenge—because long science doesn’t write headlines, or at least, not until much much later! I think that the Long Now Foundation has a part to play in helping re-orient the dialogue around how short and long science differ, and also how each informs our views and interactions with the geography around us.