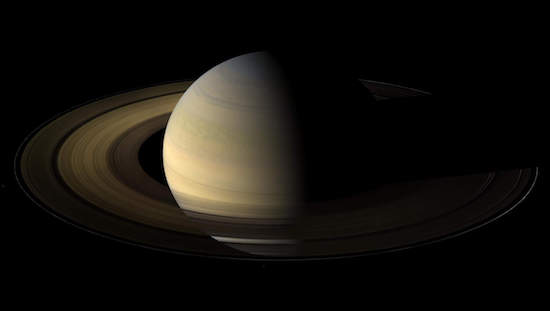 On September 15 02017, the Cassini-Huygens probe, which spent the last 13 years of a 20-year space mission studying Saturn, plummeted as planned into the ringed planet’s atmosphere, catching fire and becoming a meteor.

Cassini’s final moments, dubbed “The Grand Finale” by NASA, elicited reactions of wonder around the world. The stunning photographs Cassini captured of Saturn over the course of its mission were shared widely on social media. While the images understandably received most of the attention, the discoveries the probe made in its search for life in the solar system, especially on the Saturnian moons of Enceladus and Titan, will perhaps be its enduring legacy. 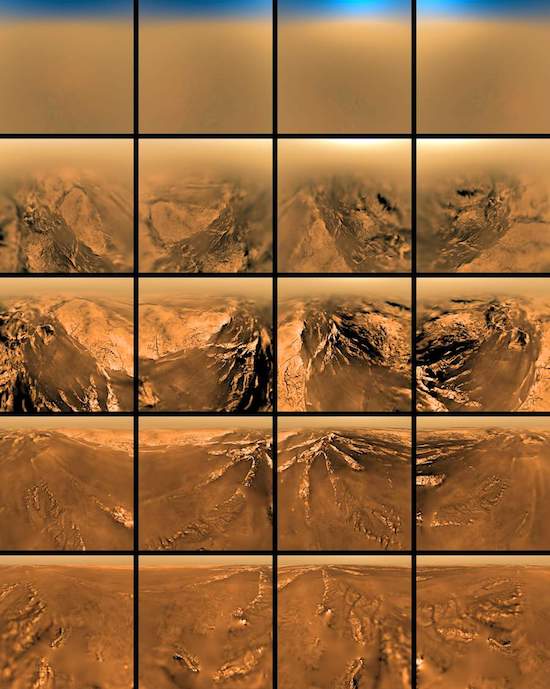 The atmosphere of Titan, a moon of Saturn. NASA/JPL-Caltech/Space Science Institute

Planetary scientist Carolyn Porco, who led the imaging team for the Cassini mission, spoke at Long Now in July 02017. In the Q&A, Stewart Brand asked Porco about what the impact of finding life in the solar system would be:

As the Cassini mission came to an end, Porco shared her reflections on the mission in a final captain’s log:

The end is now upon us. Within hours of the posting of this entry, Cassini will have burned up in the atmosphere of Saturn … a kiloton explosion, spread out against the sky in a meteoric display of light and fire, a dazzling flash to signal the dying essence of a lone emissary from another world. As if the myths of old had foretold the future, the great patriarch will consume his child. At that point, that golden machine, so dutiful and strong, will enter the realm of history, and the toils and triumphs of this long march will be done. 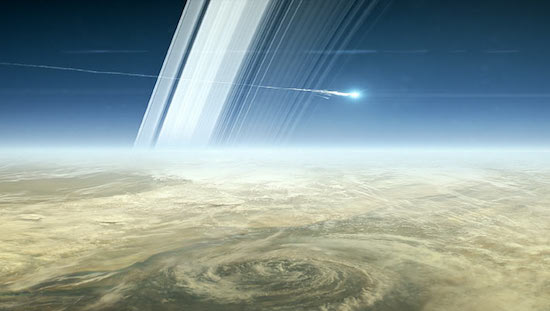 For those of us appointed long ago to embark on this journey, it has been a taxing 3 decades, requiring a level of dedication that I could not have predicted, and breathless times when we sprinted for the duration of a marathon. But in return, we were blessed to spend our lives working and playing in that promised land beyond the Sun.

My imaging team members and I were especially blessed to serve as the documentarians of this historic epoch and return a stirring visual record of our travels around Saturn and the glories we found there. This is our gift to the citizens of planet Earth. 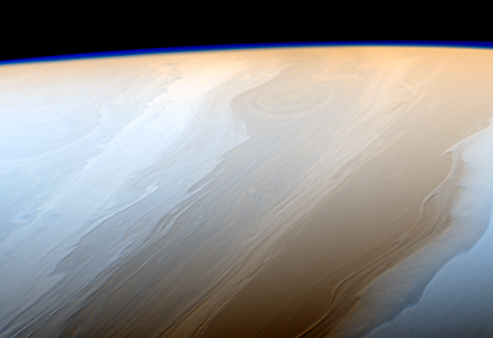 So, it is with both wistful, sentimental reflection and a boundless sense of pride, in a commitment met and a job well done, that I now turn to face this looming, abrupt finality. It is doubtful we will soon see a mission as richly suited as Cassini return to this ringed world and shoulder a task as colossal as we have borne over the last 27 years.

To have served on this mission has been to live the rewarding life of an explorer of our time, a surveyor of distant worlds. We wrote our names across the sky. We could not have asked for more.

I sign off now, grateful in knowing that Cassini’s legacy, and ours, will include our mutual roles as authors of a tale that humanity will tell for a very long time to come.

A few hours before its mission came to an end, Cassini took a final photograph of the planet it spent the last thirteen years exploring. 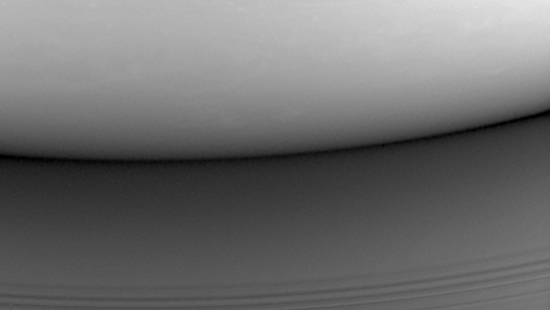