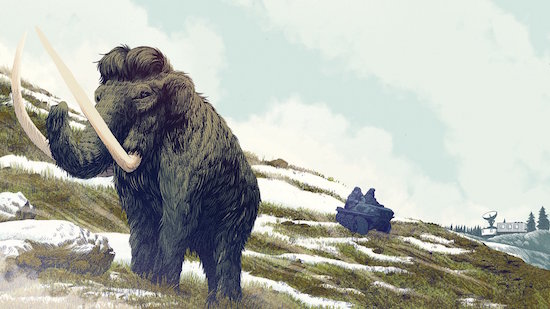 For over 100,000 years, wide swaths of the northern part of the globe were covered in grasslands where millions of bison, horses, and woolly mammoths grazed. Known as the Mammoth Steppe, it was the world’s most extensive biome, stretching from Spain to Canada, with more animal biomass than the African Savannah. With the arrival of human hunters 10,000 years ago, the Mammoth Steppe all but disappeared, its dwindling number of grazing mammals (who played an essential role in the ecosystem by trampling mosses and shrubs) no longer sufficient to maintain the grasslands. In its place rose the Arctic. 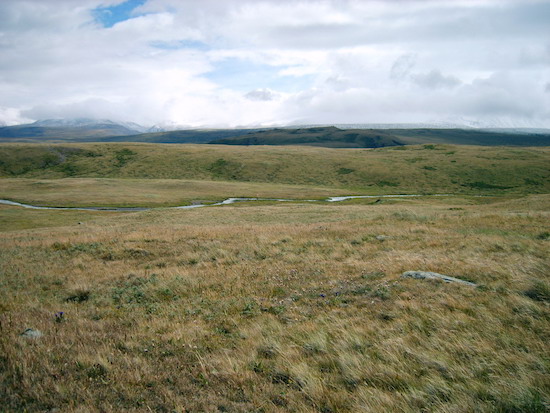 Ukok Plateau, home to the Snow Leopard and one of the last remnants of the Mammoth Steppe

A father and son team in Eastern Siberia is working to bring the Mammoth Steppe back, Woolly Mammoths and all. Doing so, they believe, could help solve climate change. Their multi-decade project to reconstruct the Ice Age ecosystem, a 50 square-mile nature reserve known as Pleistocene Park, is the subject of an in-depth feature by senior editor Ross Andersen for The Atlantic.

The legacy of the Mammoth Steppe lives on within the Arctic permafrost in the form of soils that comprise the largest organic carbon reservoir on the planet. Much of that permafrost is expected to melt over the next century. Sergey and Nikita Zimov believe that resurrecting the Mammoth Steppe and helping it spread across Arctic Siberia and North America could slow the melting and mitigate some of worst effects of climate change.

The woolly mammoth would play an essential role in a revived Mammoth Steppe ecosystem, just as it did millennia ago. Through grazing and trampling trees, the Zimovs believe herds of woolly mammoths would make grasslands flourish across Arctic Siberia, thereby helping slow the melting of Arctic permafrost:

Research suggests these grasslands will reflect more sunlight than the forests and scrub they replace, causing the Arctic to absorb less heat. In winter, the short grass and animal-trampled snow will offer scant insulation, enabling the season’s freeze to reach deeper into the Earth’s crust, cooling the frozen soil beneath and locking one of the world’s most dangerous carbon-dioxide lodes in a thermodynamic vault.

Efforts are underway by geneticists like George Church at Harvard and Revive & Restore to bring back the woolly mammoth through modifying the genome of its relative, the Asian elephant. Andersen writes that Church believes he can deliver a mammoth to Pleistocene Park within a decade. 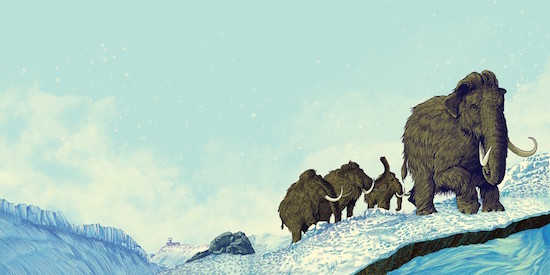 A recent article in the New York Times pondered whether bringing back extinct species was worth the potential biodiversity and financial costs in light of a paper published in Nature Ecology & Evolution this month by researchers who framed the revival of extinct species as a luxury we could not currently afford.

But for the researchers behind de-extinction efforts, reviving extinct species is less short-term luxury than long-term necessity.

“It will be cute to have mammoths running around here,” [Nikita Zimov] told me. “But I’m not doing this for them, or for any other animals. I’m not one of these crazy scientists that just wants to make the world green. I am trying to solve the larger problem of climate change. I’m doing this for humans. I’ve got three daughters. I’m doing it for them.”