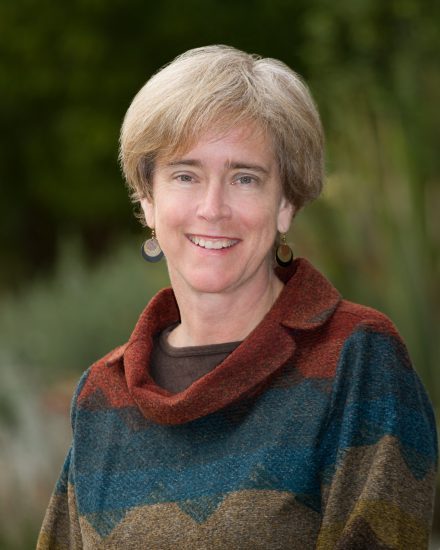 In 01994, Katherine Fulton was in the middle of writing a profile of Stewart Brand for the Los Angeles Times magazine. She wondered, after more than thirty years of “finding things and founding things,” what Brand was scheming next. A friend of Brand’s told her to ask about the “clock project.” She received a cryptic answer:

[Brand] stiffens. “Very tentative. Very fragile. Probably, possibly might not happen. Don’t know who’s involved, if anybody. So I just can’t talk about it until it’s real enough to talk about, and maybe not then. No offense intended.”

Twenty-three years later, the “clock project” is real enough to talk about. And Katherine Fulton, who became one of the world’s leading experts on the future of philanthropy in the years following her profile on Brand, has joined the Long Now Foundation’s Board of Directors.

“Half of the board are friends and former colleagues. But for the last ten years or so I’ve been working in really different environments, so to actually reconnect with them in this way and to learn again from them, and to share some of what I know in the process from my adventures, should be really fun.”

Katherine came to know many future Long Now board members as a journalist in the early 01990s. Katherine realized earlier than most that the rise of the web would bring about immense, civilization-scale changes. She immersed herself in the ideas and projects of futurists and technologists like Esther Dyson, Peter Schwartz, Paul Saffo, Stewart Brand, and Kevin Kelly. 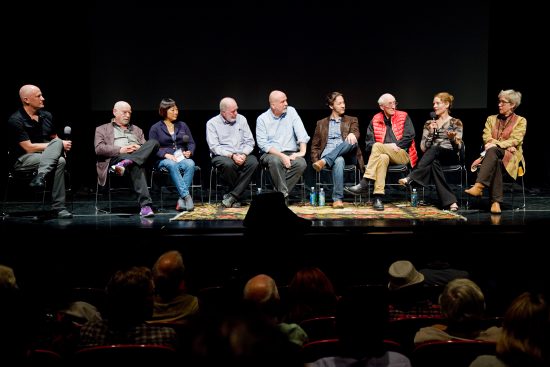 “I wanted to be side-by-side with the people solving these problems,” she recalls.

Her profile on Stewart Brand provided that opportunity. She spent an intense week in San Francisco documenting the unique intellectual environment of the Global Business Network, the consulting firm co-founded by Brand and Schwartz that counted many future Long Now board members among its ranks.

Less than six months after the profile was published, Brand called Katherine to ask if she might be interested in working at GBN. She was. At GBN, Katherine mastered the scenario planning toolkit and advised leaders in more than a dozen industries as they sought to adapt more skillfully to rapid change.

Hailing from a family dedicated to community service, Katherine understood the civic value of philanthropy from an early age. But as the twenty-first century began, the field of philanthropy underwent massive changes. The wealth was coming not from heirs but private actors looking to shape public policy. New technologies enabled entirely new ways of giving.

Applying the lessons of scenario planning to the “New Philanthropy,” Katherine emerged as a leading thinker on impact investing and the future of philanthropy. She built and served as President of Monitor Institute, a consulting practice for the social sector focused on solving major social and environmental challenges.

In a 02006 Long Now talk, Katherine outlined her mission to make philanthropy open, big, fast and connected in service of the long term. She also discussed the deeper implications of the new philanthropy and the necessity of long-term thinking to address them.

Katherine hopes to apply that same long-term thinking, as well as her twenty years of experience working with nonprofits and foundations, to Long Now as an institution:

I’m interested in the human side of Long Now. I’m interested in how we design an institution around the active community and the projects, and then include the people who engage in the ideas, even if they’re not directly a part of the community. How do we expand on that? Now that the Long Now is twenty years old, how do you think about the next twenty years? The next two hundred, the next thousand?

For Katherine, the Clock of the Long Now inspires questions around long-term governance, responsibility, and accountability.

“If the whole idea is to foster long-term responsibility, we have to rethink the design of institutions,” she continues. “In a massively distributed world, how do you design institutions for that world? How do you foster responsibility, and more importantly, ensure accountability?”

Important questions. We couldn’t be happier to have Katherine Fulton on board to help answer them.