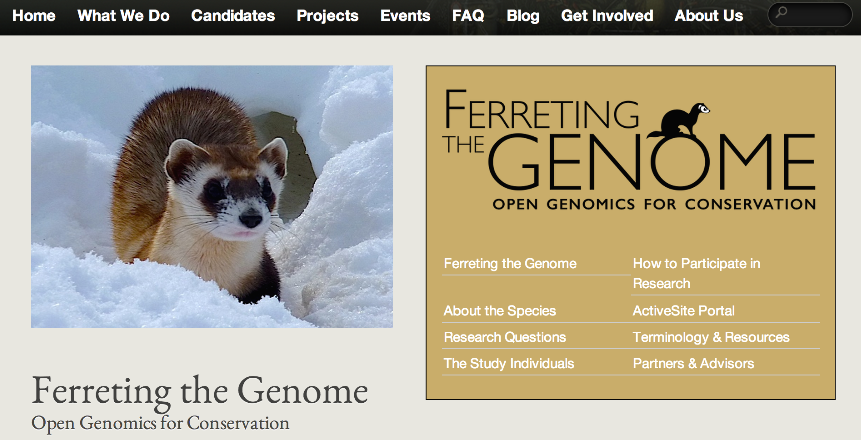 Revive & Restore is embarking on its first open-access science initiative – Ferreting the Genome: Open Genomics for Conservation. The initiative will enlist the help of the public to understand how the black-footed ferret gene pool has changed from the founding population to the current generation. The goal is to determine, through this understanding, how genetic rescue techniques might be applied to conserve the species.

The black-footed ferret is a model species for this research; information from this initiative will aid the designs of captive breeding programs worldwide. From the website anyone can link to the first fully sequenced black-footed ferret nuclear genomes and participate in the analysis and interpretation of the data.

If open-access science for genetic rescue emerges as a successful method for gaining relevant insight into a large genomic dataset, it too could become a model method for finding genomic conservation solutions for endangered species.

Why the Black-footed Ferret? 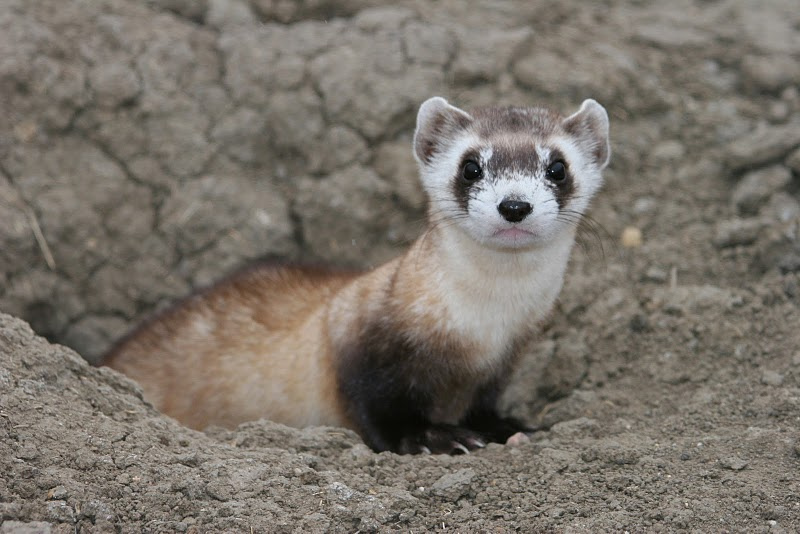 The past 25 years of captive breeding have led to a loss of genetic diversity. Genetic diversity has been shown in conservation to be directly related to the health, or long-term survival/adaptability, of a species. For the black-footed ferret, genetic rescue means finding ways to bring back the diversity lost from inbreeding. The Black-footed Ferret Recovery Program has already pioneered genetic rescue techniques with advanced reproductive technologies, producing ferrets from “cryogenic artificial insemination” using 20-year-old cryopreserved spermatozoa to fertilize living females. These ferrets, born from parents spanning 20 years of generations, may bring back lost genetic diversity. The continuing decline of genetic variability in the black-footed ferret’s gene pool urgently needs a solution. 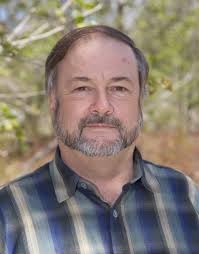 Dr. Oliver Ryder, Adjunct Professor of Behavior and Evolution at UC San Diego and Director of Genetics, Kleberg Chair at the San Diego Zoo Global will blog from time to time about the progress of this exciting initiative and respond to comments. Read his blog here.

Cryogenic artificial insemination is a powerful tool, but may be aided by other advanced reproductive strategies and de-extinction techniques; the first stage in diversifying genetic rescue methods lies in the genomes of ferrets both present and past – this is where our initiative begins. DNA samples of two living ferrets born in captivity – Cheerio and Balboa – were provided by the Black-footed Ferret Recovery Team and cell cultures from two additional ferrets – an unnamed male wild-caught at Meeteetse between 1985-1987 and Willa, wild-caught at Meeteetse between 1985-1987 – were provided by the San Diego Frozen Zoo.

Cofactor Genomics, sponsored by Revive & Restore, sequenced the DNA samples provided by the US Fish & Wildlife Service and the San Diego Frozen Zoo. The closely related domestic ferret is used extensively for human medical research, and its genome has been thoroughly sequenced and analyzed by the Broad Institute. That data is linked from the website and offers an excellent reference genome for the black-footed ferret material: as much as 92% of the black-footed ferret genome can be mapped and analyzed with the domestic ferret genome.

Please join us to conserve this endangered species. Send your comments or questions to revive+ferreting@longnow.org.