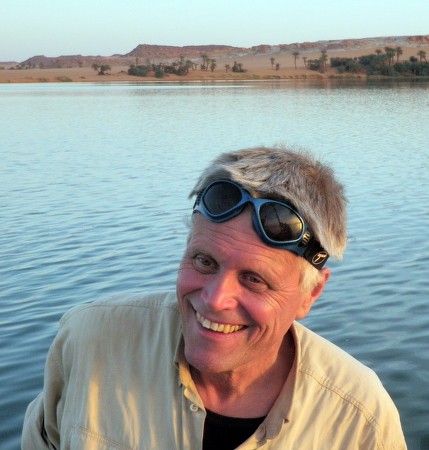 Anything as vast and mysterious as the Sahara Desert is bound to invite myth and legend – it’s how we make sense of things too large, elusive or forbidding to know firsthand. Stefan Kroepelin, however, has dedicated his life to firsthand knowledge of the Sahara, and has dispelled some myths along the way. He’s come to know, better than almost any outsider, the desert’s eastern portion, made up of Libya, Egypt, Chad and Sudan.

Kroepelin is a geologist and archaeologist who has studied the interplay of human settlement and the Sahara’s changing climatic characteristics over the last 10,000 years. He’s encountered a fair share of difficult conditions and frightening surprises in the desolate, harsh and sometimes lawless expanses of the Sahara. But as Nature put it,

those decades of difficult field work have paid off for Kroepelin, who has made seminal discoveries about the climatic history of the Sahara that are challenging assumptions about the tipping points the world may face in a warmer future. – Nature 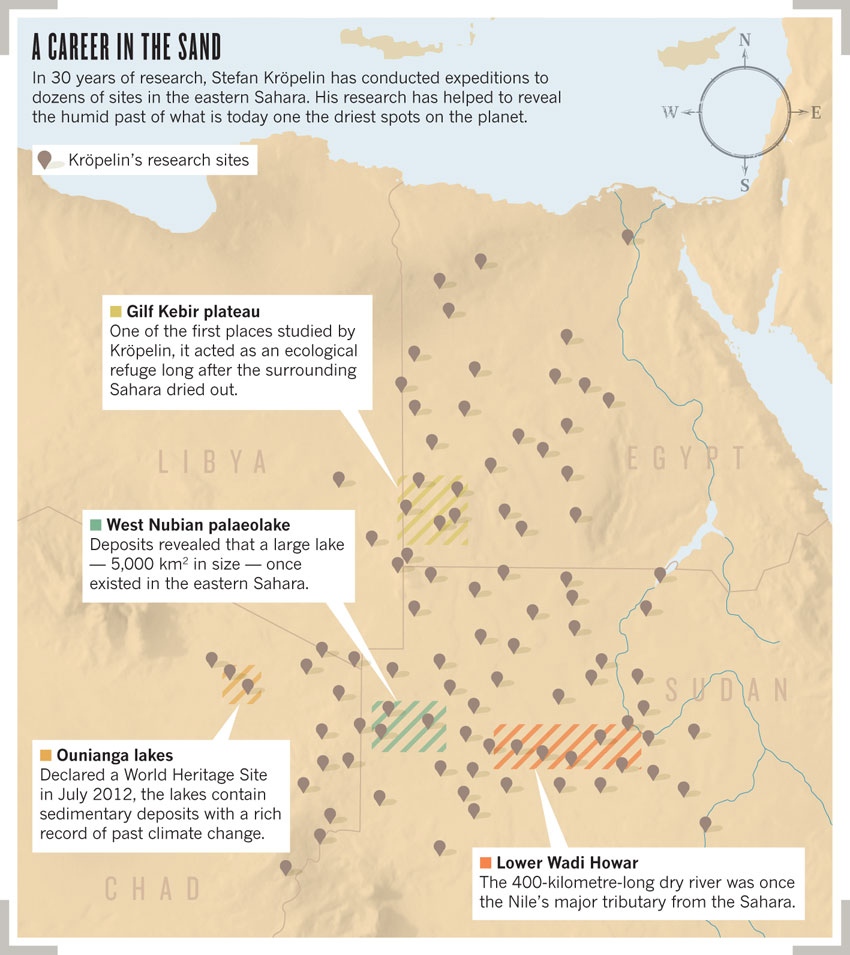 The story that Kroepelin has helped piece together opens on a Saharan region vastly different from the one we know today.

10,000 years ago, the Sahara was significantly wetter than it is now, a lush savannah that supported life and hints of early civilization where sand and little else can now be found.

That little else has been the key to Kroepelin’s success, though. He and his team took core samples from the bottom of a lake in Chad and, by analysing the layers of sediment that had built up over the last few millennia – and the pollen contained therein – were able to draw the clearst picture yet of the region’s dessication and dessertification.

Previous attempts to describe this transition were similarly based on core samples, but these were taken from the Atlantic Ocean rather than the Eastern Sahara itself. Where the story told by these samples described a precipitous change, Kroepelin had already established that human settlements in the region didn’t appear to have been abandoned quite so quickly, or as he put it on Science Friday in 02008,

We were using man as a very sensitive climate indicator.

His new core sample squared with the picture of a more gradual shift and upended the previous research. The people displaced by the region’s drying out made their way east and found the water they needed at the banks of the Nile. There they developed one of the longest-lasting civilizations known to history.

Dr. Stefan Kroepelin shares tales of desert adventures – some likely his own – at the SFJAZZ Center on Tuesday June 10th, 02014.