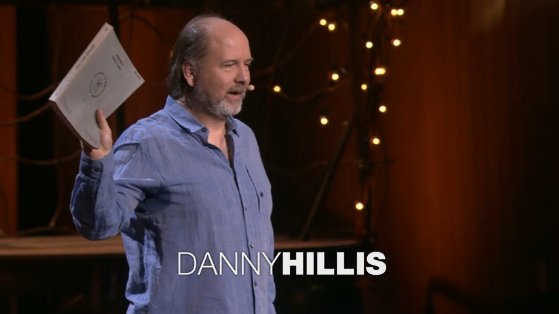 Speaking at TED earlier this year, Long Now co-founder Danny Hillis described the early days of networked computing – a time when one could register “think.com” on a whim and everyone with an email address or a domain could be listed in a single book.

He explained that the design of the Internet Protocol and the early community using it were infused with communistic values – ironic, he notes, as the tech grew out of Cold War militarism.

Since then, of course, the internet, its users and its uses have expanded far beyond the wildest dreams of its creators. In so doing, it has become an essential societal infrastructure – without having been designed as such. As another Long Now Board Member, David Eagleman, points out, the internet is not invulnerable. Emergency communications and other high-priority services must be possible without the internet, but increasingly depend on it.

Hillis says a separate backup internet would not be hard to build and would dramatically increase our resilience to disaster and malfeasance.