Two days ago, we learned that a Rosetta Disk made its way into the Special Collections of the University of Colorado Boulder library, and was on public display there. One of our members, Zane Selvans paid a visit, and had an extraordinary experience. He took fantastic pictures and wrote it up on his blog Amateur Earthling – we repost it here with his permission. It is a great illustration of the challenge in keeping information alive over time, place, and people.

Human Language in the Palm of my Hand

One of the Rosetta discs was recently bequeathed to the University of Colorado libraries, and the Long Now put out a request for pictures of it in its new home.  I eagerly responded by heading to the special collections in Norlin yesterday.  It didn’t seem to be on display anywhere, so when the librarian made eye contact, I said I was here to see the Rosetta disc, and she sent someone off to get it.  And they took it out of its Pelican case, and set it on the table in front of me (after I’d filled out a reader card and agreed only to take notes in pencil… or by digital means — no pens are allowed near the old books)  At first I was hesitant to touch it, and asked if it was okay, and she said “Oh it doesn’t look like the kind of thing that requires any special handling.”  So I picked it up. 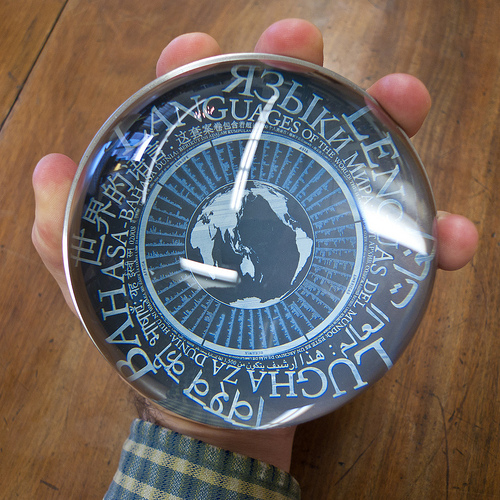 I was amazed at the weight of the thing.  The tungsten hemisphere (I think it’s tungsten anyway… but maybe I’m thinking of one of the clock parts) [ed. note – it is actually stainless steel]  is much denser than most everyday objects.  That, plus the iridescent sheet of the etched words and the distortion of the lens makes it into a strange kind of artifact.  It’s obviously a weird thing.  I couldn’t help but think of Michael Madsen’s Into Eternity, and the difficulty of attempting to ensure that we communicate anything tens of thousands of years into the future.  His one way conversation with those who inherit our histories.  These spheres are beautiful art and elegant thought experiments today, but holding one made me envision the world in which they were actually needed, where they’ve been used for their intended purpose.  Far seeing, informational time machines.  Linguistic Palantír.  It’s both horrifying and hopeful to think about what could come to pass in our deep futures.

If this thing has been used, then darkness fell one day.

If this thing has been used, then someone made it through, and they want to know again. 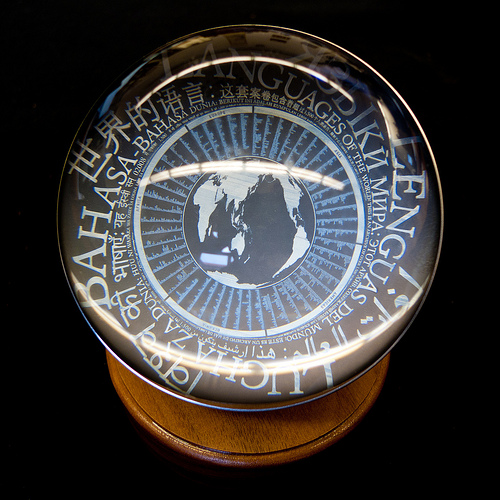 I couldn’t help myself.  I had to open it up.  Gingerly.  It’s a hard thing to handle, so smooth and round and heavy enough that it’s challenging to control it with one hand.  The lockring tinkled down and the librarian looked over a little surprised.  “Oh, I didn’t know you could open it.” 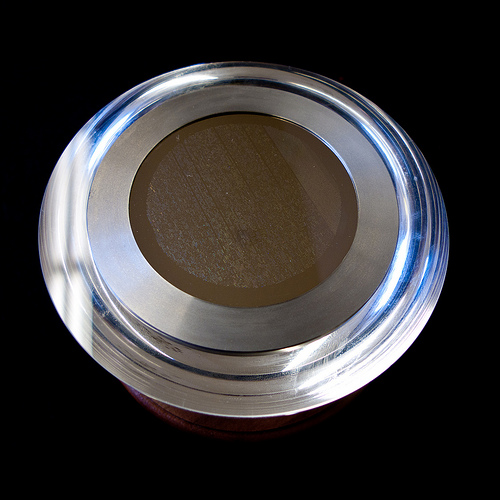 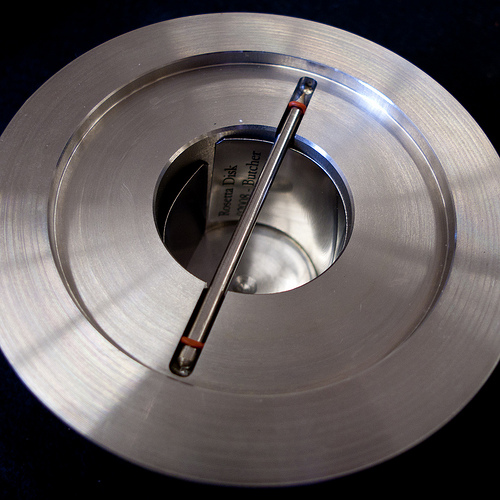 Have you looked at it.  Do you know what it is?  Something to do with languages.  Mmm.  Yes.

With only a single change of custody, all information about the thing had already apparently been lost.  They said that when it was checked in to the collections, it hadn’t come with any accompanying documentation.  Just a strange heavy sphere in a padded box.  The box was labeled, saying who it had come from, and naming it a Rosetta disc, but that was about it.  It’s supposed to be usable even without any documentation — that’s kind of the point — but it certainly does highlight the fragility of information.  I tweeted to the Long Now afterward, and they’ve sent “Care and Feeding” documentation to the curator.  Somehow it feels good to have participated, even peripherally, in the smuggling of this information into the future. 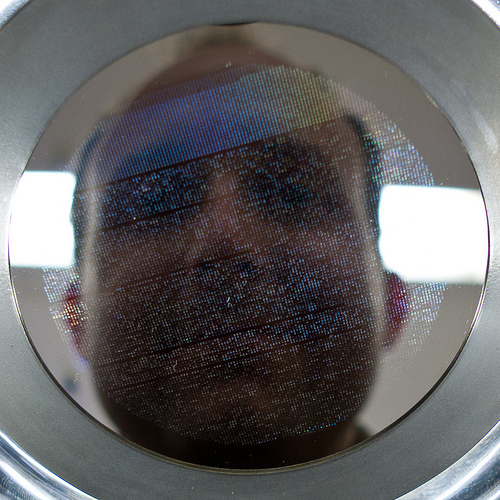 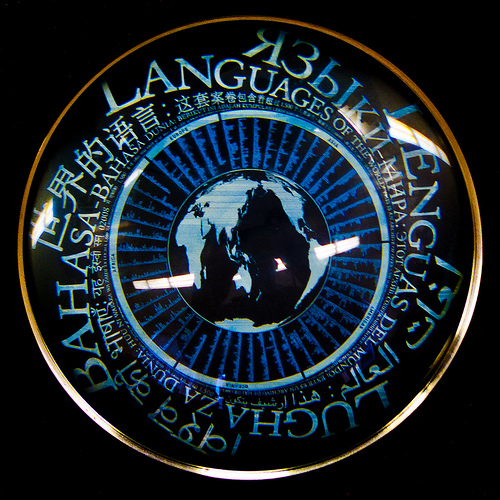