I just happened upon a call for extras (check it out if you’re based in San Francisco) for a film that will be part of a series of sci-fi shorts called Futurestates:

What will become of America in five, 25, or even 50 years from today? FUTURESTATES is a series of 11 fictional mini-features exploring possible future scenarios through the lens of today’s global realities. Immerse yourself in the visions of these independent prognosticators as they project a future of their own imagining.

A major section of the site is the Predict-o-meter where they align predictions made by the creators of the site, predictions submitted by users, and known upcoming events on a single timeline for browsing: 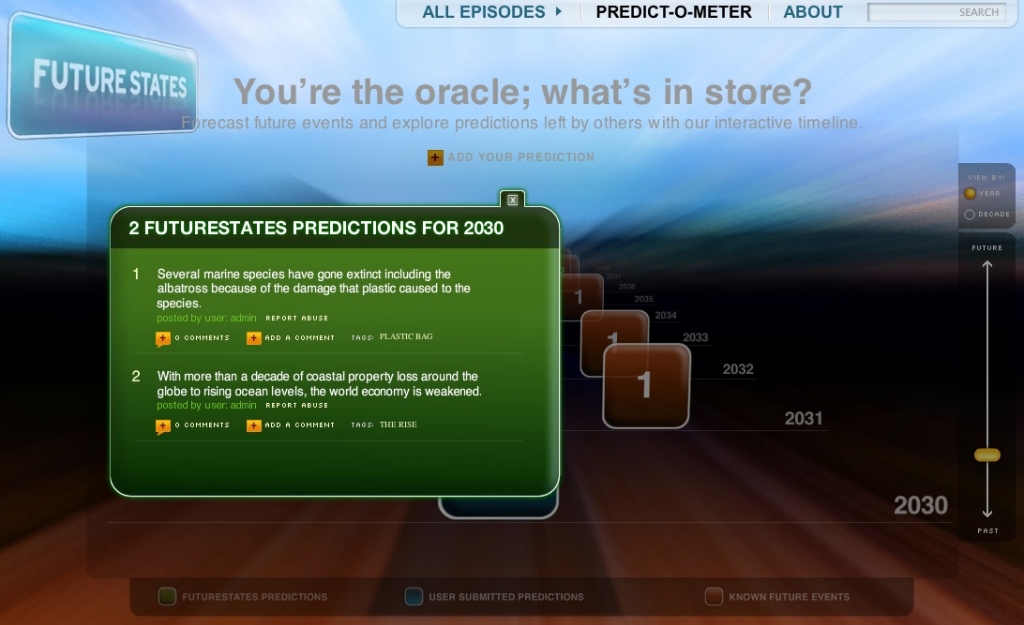