The Long Now Foundation is always looking at materials that are best suited for long-term preservation. Perhaps tree resin should be added to the list, after all it’s been preserved as amber since the Carboniferous period (around 320 million years ago). The notion may be too Jurassic Park to be seriously considered, but Wired Science has an interesting post on some new 95 million year old amber finds from Africa that have yielded some new evolutionary context as reported in the Proceedings of the National Academy of Sciences. 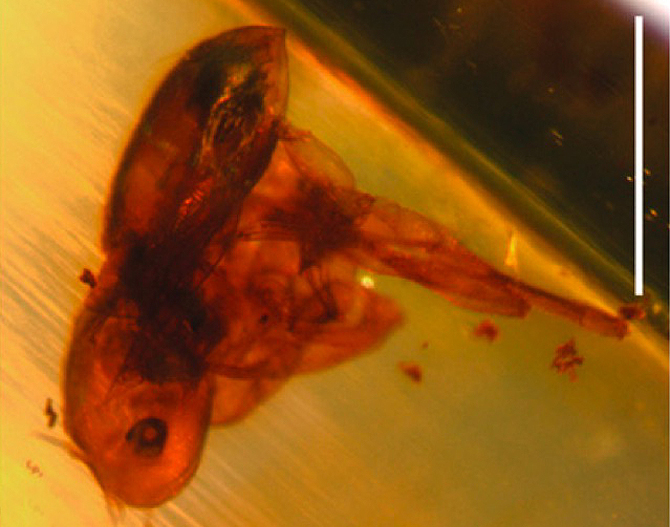 Newly discovered pieces of amber have given scientists a peek into the Africa of 95 million years ago, when flowering plants blossomed across Earth and the animal world scrambled to adapt.

Suspended in the stream of time were ancestors of modern spiders, wasps and ferns, but the prize is a wingless ant (above) that challenges current notions about the origins of that globe-spanning insect family.

“Most specimens represent a unique fossil record of their group from Africa, and some are among the oldest records in the world,” wrote researchers in a paper April 5 in the Proceedings of the National Academy of Sciences.

Read More at Wired Science and while there, see also the oldest preserved spider web.