Chief Curator Dr. Tim Boon at London’s Science Museum sent us a note to let us know about an event they’ll be holding later this month.

This July 20th will be the 40th anniversary of Apollo 11’s landing on the moon.  To celebrate, the Science Museum is premiering a new live arrangement of Brian Eno’s 1983 album Apollo: Atmospheres and Soundtracks. 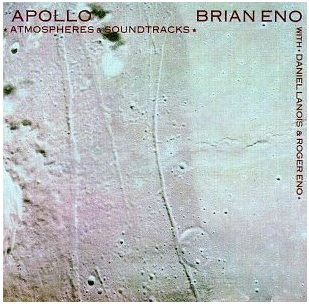 An ensemble known as Icebreaker will team up with pedal steel guitarist BJ Cole for the performances, which will be accompanied by original footage of the moon landings compiled by Al Reinert.  The audiovisual serenity will take place inside the Science Museum’s IMAX theater.

New compositions based on recordings from space by Douglas Benford and Iris Garrelfs will also be featured and they’ll take place in the ‘Making the Modern World’ gallery.  The gallery is home to the Apollo 10 Command Module as well as Prototype I.