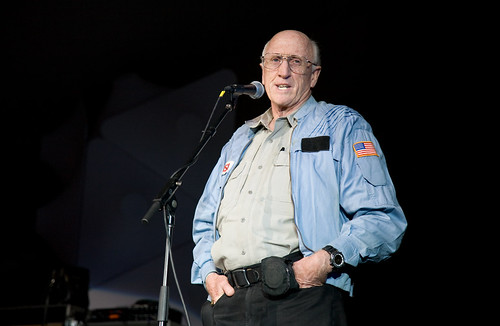 – Long Now was also featured in the nationally syndicated NPR Soundprint piece by Barbara Boegaev and Queena Kim in “Escape From Time” (click link to listen on line), also it may be re-airing on Sat the 19th on KQED.

– Stewart gave a short talk at the Bay Area Yuri’s Night celebration and Long Now was there with a table about the Rosetta Disk launched in space, and the Solar Synchronizer. (Thanks to Danielle, Austin, Laura, Kurt, James W and Mikl for working the long hours) – Scott Beale of Laughing Squid recorded a bit of Stewart’s talk