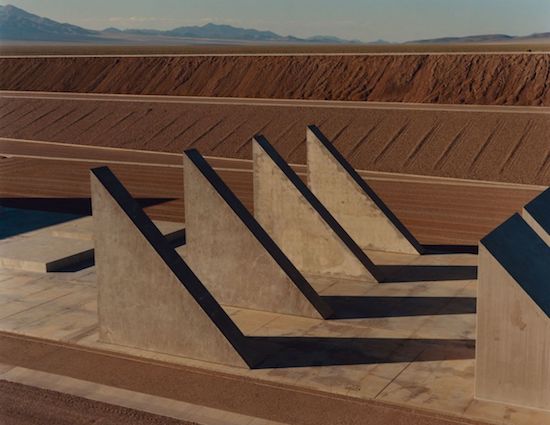 “City” is made almost entirely from rocks, sand, and concrete that is mined and mixed on site. Via Jamie Hawkesworth / The New Yorker

Michael Heizer, an eccentric pioneer of the Earthworks movement, is almost done with the mile-and-a-half sculpture he’s been working on for upwards of half a century in a remote Nevada desert. And almost nobody has seen it. “City,” inspired by the ancient ritual sites of past civilizations and set to open to the public in 02020, is one of the most ambitious artworks ever attempted. The New Yorker recently profiled Heizer’s life and work, providing the first in-depth look at his efforts to build a monument to outlast humanity.

SEE ALSO: Long Now’s 02012 profile of Heizer’s Levitating Mass, a 340-ton mass of granite and one of the only sculptures in the world meant to be walked under, now on permanent display at LACMA.